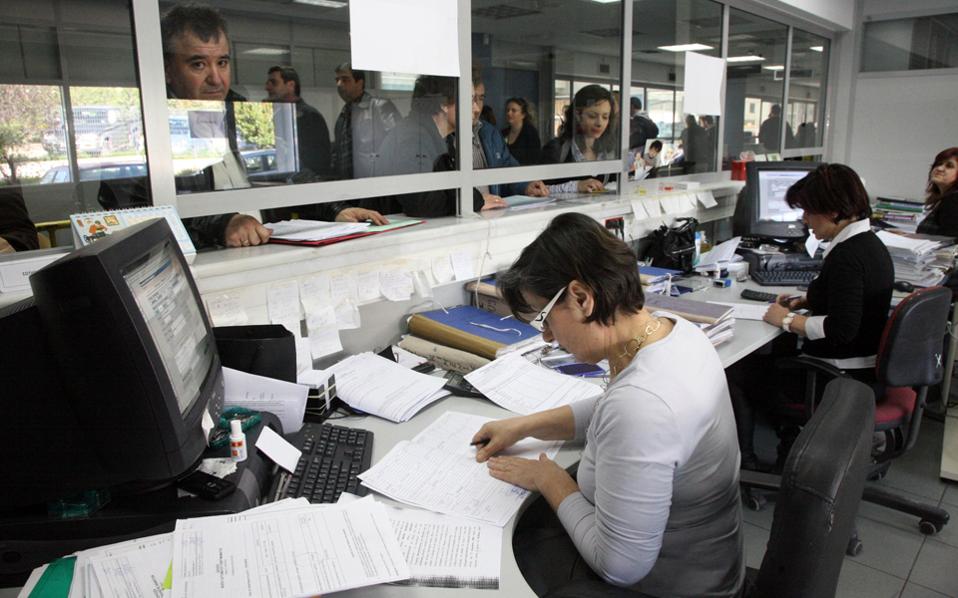 Finance ministry data for the 2016 tax statements show that all taxpayer groups have declared lower incomes, compared to the 2015 statements.
As a result, state revenues will be lower than expected, a fact that will affect the annual state budget, especially at a time when creditors’ representatives return to Greece next week for the third bailout programme review.
The lower state revenues are likely to affect the target set by creditors for a primary surplus of 3.5% of gross domestic product in 2018, which leading economists and the IMF declare as “unsustainable”.
Declared incomes for 2016 are 900 million euros lower than those declared the previous year. Salaried employees, freelancers and pensioners declared incomes of 57.9 billion euros for 2016, when in 2015 their incomes amounted to 58.75 billion euros.
Along with them, 1.5 million property owners declared lower incomes from rentals (5.962 billion euros in 2016 compared to 6,083 billion in 2015).