GRNews
GreekReporter.comGreeceMessage In a Bottle Travels from Rhodes to Gaza

Message In a Bottle Travels from Rhodes to Gaza 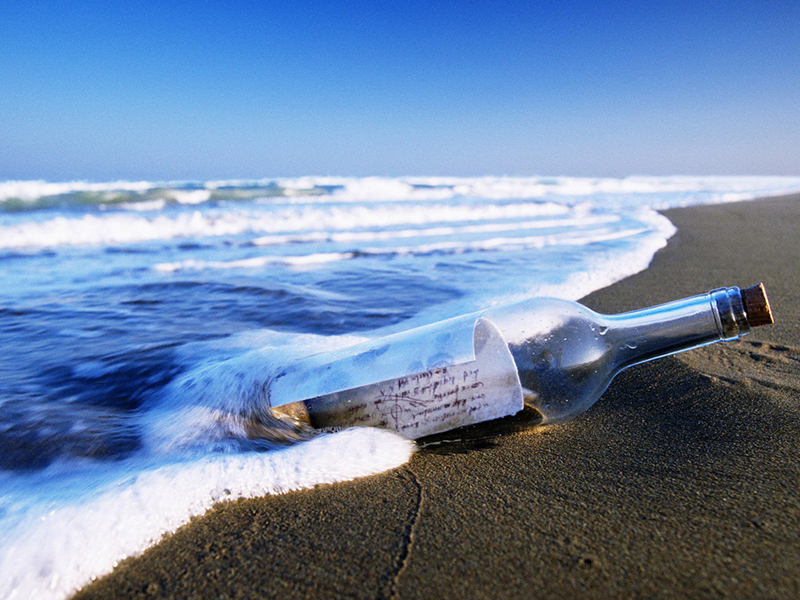 It reads like a romantic novel. A British couple vacationing in Greece’s Rhodes Island threw a bottle containing a message in the sea in July this year and that bottle found its way to a Gaza fisherman.
The British couple, Zak and Beth, brought a glass bottle with them to Rhodes and decided to experiment by sending a message in it to see where it reaches. On the last day of their vacation, the couple wrote: “Hello, we are thankful for taking this bottle out from the sea. We are in Rhodes for vacation and we are wondering how far the bottle can go; even if it is the next beach,” and placed the message in the bottle before throwing it in the sea.
Last week, a Gaza fisherman discovered the bottle and took the bottle to his home for his son-in-law to read, as the message was in English. Upon reading the message, the family wanted the couple to know that their bottle reached Palestine.
So they wrote back to them: “Hello from Gaza, Palestine! Hello Zak and Beth! We have found your letter. One of the most beautiful things in life is love and we are happy to see people like you ,who are in love. We wanted to wish you happiness.”
Upon receiving the letter from Gaza, the British couple said: “It is very tragic because these people are cut out from everything that the world has to offer, yet our bottle found its way to them. This shows that we are the same, bound by the sea and loved by the god.”