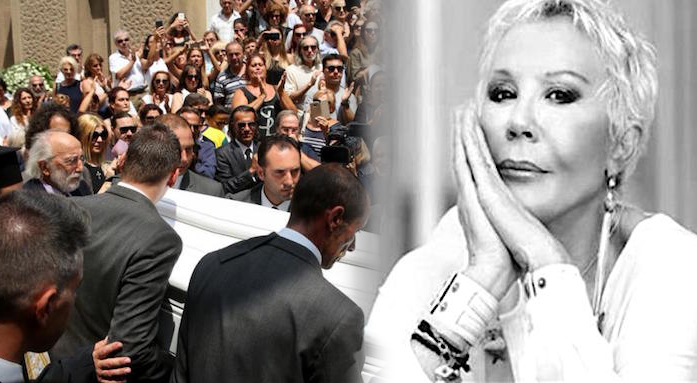 Hundreds of people bid the last farewell to emblematic Greek actress Zoe Laskari on Tuesday afternoon, with the former King of Greece Constantine, prominent actors and politicians among them.
“I stood by you once, you stood by me ten fold,” said her partner of over forty years, prominent attorney Alexandros Lykourezos, in his eulogy. “You left the same days as Virgin Mary went to sleep,” he continued.
Laskari’s daughters, Martha and Maria Eleni and her grandaughter Zenia, all burst to tears during the heartbreaking eulogy.
The funeral liturgy took place at the Dionysios Areopagitis Church in downtown Athens. President of the Republic Prokopis Pavlopoulos, former King of Greece Constantine, PASOK MP and former Fin Min Evangelos Venizelos, To Potami chief Stavros Theodorakis and others were in attendance.
Dozens of actors from the golden era of Greek cinema of the 1960s-1970s also attended the burial service that took place at the First Athens Cemetery later. Among them, Katia Dandoulaki, Nonika Galinea, Fotis Metaxopoulos, Vera Krouska and others.
Younger generation actors who appeared on stage with Laskari in later years were also present, with Vanna Barba, Apostolos Gletsos, Dimitra Matsouka, Stamatis Fasoulis among them.