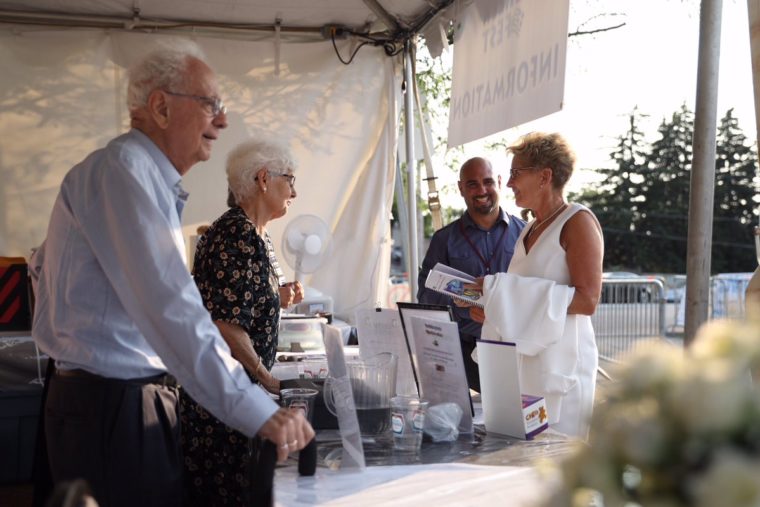 Ontario Premier Kathleen Wynne was one of the thousands of attendees at the Ottawa Greek Festival, according to the National Herald.

The Ontario Premier posted a photograph from her visit to the Greek feast on her personal Twitter account commenting:  “I had my eyes in the souvlaki. I celebrated the Greek tradition with this wonderful community,” the National Herald report says.

The Ottawa Greek Festival promotes the Hellenic Culture, traditions and way of life. Traditional dances and songs, outdoor grills, handicrafts exhibitions, and activities such as cooking seminars and olive oil tasting have lured great crowds so far and continues to do so. It started on August 10 and ends on August 20, making it the longest Greek festival in Canada.

Other than Greek-Canadians and people of Ottawa, hundreds of visitors from Montreal and across the province of Quebec, as well as from Toronto and other parts of Ontario, travelled to Ottawa for the festival, especially during the weekend.

The Ottawa Greek Festival began on August 15, 1976. a year after the church in commemoration of the church’s name day “Kimissis Tis Theotokou” (The Dormition of the Virgin Mary) was built.

In the beginning, the Ottawa Festival lasted only a day and it was mostly for the Greeks in the area.  Eventually, more days were added and the number of visitors increased from a few thousands to approximately 70,000 currently, according to the festival’s official website.