GRNews
GreekReporter.comGreeceScenes of Apocalypse North of Athens as Wildfire Burns for Second Day 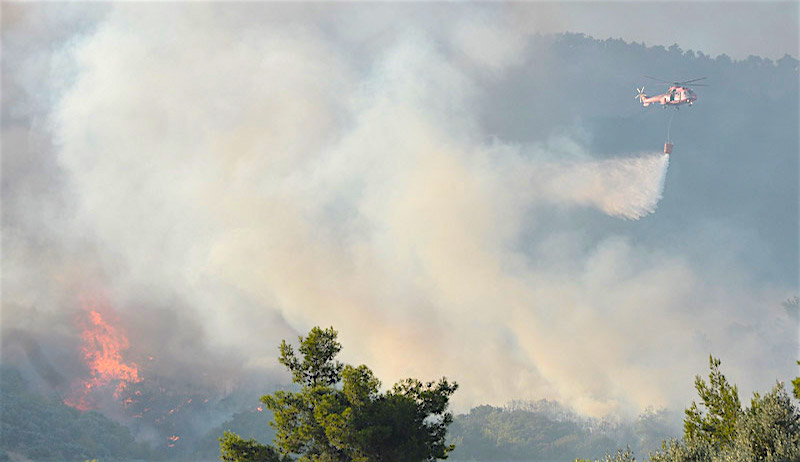 The wildfire that broke out near the town of Kalamos, some 45 km northeast of Athens, on Sunday afternoon has moved southwards toward the town of Varnavas on Monday morning.
Helicopters and planes have joined firefighters in an effort to control the flames and prevent the destruction of more houses, most of them holiday-homes, which are scattered in the woodland.
Firefighters say that the blaze is difficult to tackle because it moves into an area which is part woodland, part residential.
The head of the community of Varnavas, Haralambia Asimakopoulou, told Skai early on Monday that she had asked the fire service to dispatch more water-dropping aircraft to the area.
“We are scared that whatever we managed to save last night will just be burned today,” she said, stressing the size of the blaze.
A total of 150 firefighters were working in the area early on Monday, manning 68 fire engines, with the help of volunteers.
Hundreds of residents in Kalamos had fled their homes and spent the night near the beach.
More than a dozen houses were damaged by the fire, but there are no reports of injuries. 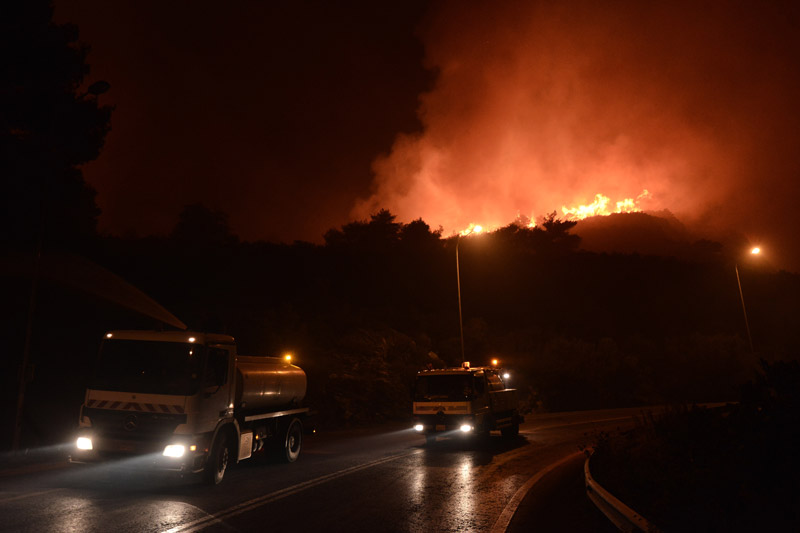 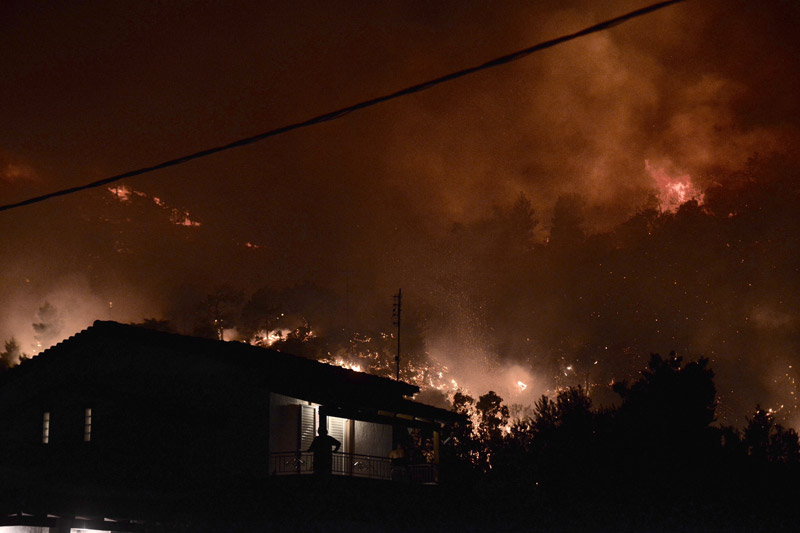