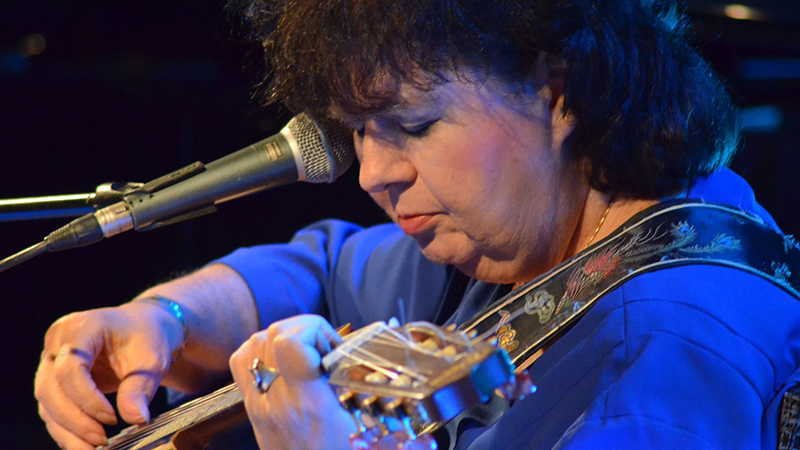 Singer / songwriter Arletta, one of the most iconic figures of the Greek New Wave scene in the 1960s, has died at the age of 72. Having suffered many health issues in the last 9 years, including a stroke and multiple heart attacks, Arletta passed away in the Aghia Olga hospital in the Athens suburb of Nea Ionia.
Arleta was born in Athens in 1945. Her real name is Ariadne Nicoleta Tsapra. She studied at the Athens School of Fine Arts. She published her first album of her own creation (A hat with songs) in 1960.


In the beginning of her career she worked with many well-known Greek composers like Giannis Spanos, Manos Hatzidakis and Mikis Theodorakis. Her first major success came with songs the music of which was written by Lakis Papadopoulos, with lyrics by Marianina Kriezi. She also performed in the Athens boîte scene with great success.

Arleta was also an author and illustrator. Her book Whereto does one go to get to Spring, released in 1997, was a publication of her lyrics, graced with her own illustrations.
On February 11, 2008, just a few minutes before a planned performance at Volos, Arleta suffered a stroke. She underwent surgery, remaining in critical but stable condition, from which she ultimately managed to recover, having spent 6 months in hospital, exiting partly paralysed and unable to stand for one year.
News of her demise were announced by her colleague and friend, singer Sunny Baltzi, who posted it on her Facebook page.