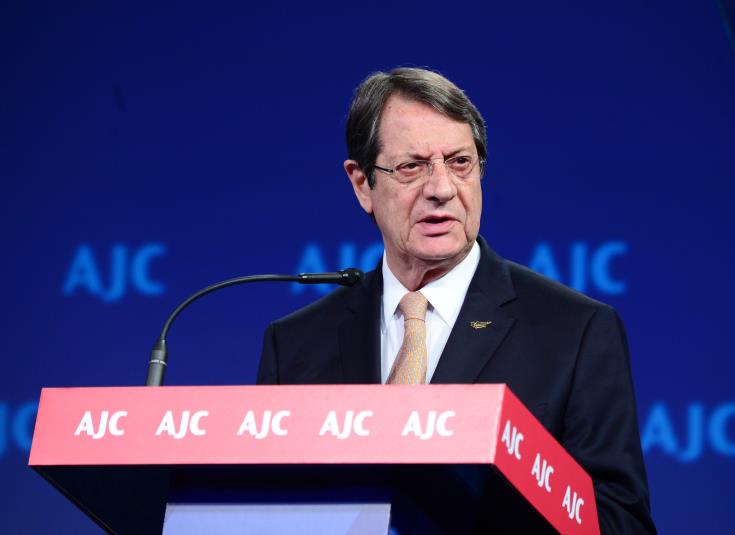 “It is sad that people who are mandated to defend international law, lie publicly in order to justify Turkey,” President of Cyprus Nicos Anastasiades said, referring to United Nations special adviser on Cyprus, Espen Barth Eide.
Speaking at an event of displaced Greek Cypriots of Kyrenia, the Cypriot president said it was also “sad (that Eide) lied,” saying that the UN Secretary-General was probably tired and may not have heard well.”
Anastasiades said that “both our records and their records will be made public in detail, in order to reveal at last who tells the truth”.
The Cypriot President also noted that Eide invoked the confidentiality when asked to disclose details of what was said, but he does not hesitate to say that Turkey was ready to accept the end of guarantees.
Referring to his proposals at the Conference at Crans-Montana, Anastasiades stated that the aim of his proposals was to put an end to the current unacceptable situation and lead to a reunited Cyprus under certain terms and conditions.
“That is, the guarantee rights or any rights of intervention as interpreted by Turkey, any presence of occupation army would be terminated, so that we feel that we live in a truly sovereign, independent state, fully in line with the European acquis,” the Cypriot leader said.