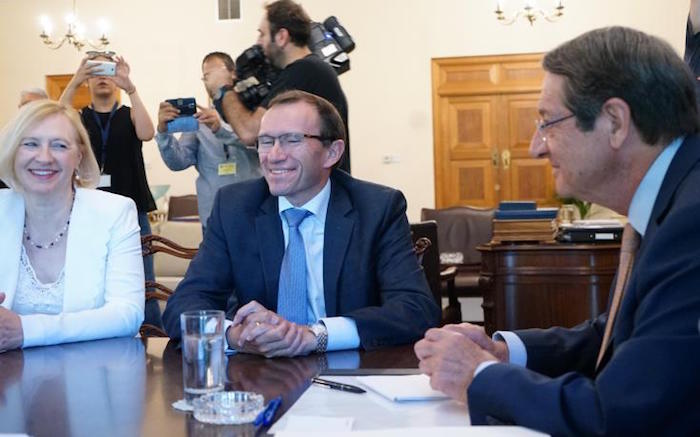 The UN remains committed to supporting a process on the existing parameters for a solution of the Cyprus issue, UN Secretary General’s Special Advisor for Cyprus, Espen Barth Eide said on Monday, after being received by the President of the Republic Nicos Anastasiades.
In statements to journalists after the meeting, Eide said that unfortunately the Conference on Cyprus that took place in Crans Montana, Switzerland 28 June – 7 July failed to lead to the desired outcome.
Since then, he said, he has been to New York to brief the Security Council and also had “very deep discussions with the Secretary General about the way ahead” and spoke to all interested parties represented in New York.
(Source: CNA)