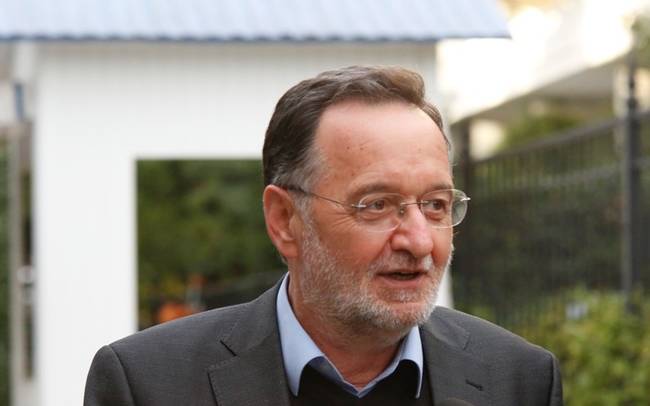 Russia would offer Greece cash in advance for a gas pipeline in case the country was forced to leave the euro zone in the summer of 2015, said former energy minister Panagiotis Lafazanis.
Lafazanis told Vima FM that in the Spring of 2015, when he was still a cabinet member, he had made a deal with Russia that would bring Greece several billion euros. “The pipeline we agreed on would have changed the economic and foreign policy conditions for Greece if the deal had been implemented,” he said. “The downpayment would have been made but in the meantime the [third] memorandum [with the EU and IMF] was signed, I left the ministry and Greece returned to the logic of the euro.”
The former minister said that in case of a Grexit, his alternative plan was to put the Bank of Greece under state control, instead of being controlled by the European Central Bank, print drachmas and import oil from Venezuela.
“I was in constant disagreement with Alexis Tsipras over the issue of the euro,” Lafazanis said. “I was convinced of the view that Greece cannot have sustainable growth within the euro zone. However, supposedly we both agreed that the memoranda should be abolished. That is why the party’s position was that we should not remain in the euro at any cost.”
The former minister, and several other anti-Europe hard leftists, left Syriza in July 2015. Lafazanis formed Popular Unity in August that year and a month later he participated in the elections where his party failed to make it into parliament.
In the interview Lafazanis criticized his former cabinet colleague, Yanis Varoufakis, who in his recent book exposed Tsipras’ inadequacy to deal with creditors in the crucial bailout negotiations in the spring and summer of 2015.
“Varoufakis plays distasteful theater,” Lafazanis said. “He is using his disastrous six months at the Finance Ministry to gain public relations potency. I can assure you that most of what he says is inaccurate. He is competing with Alexis Tsipras in inaccuracies.”