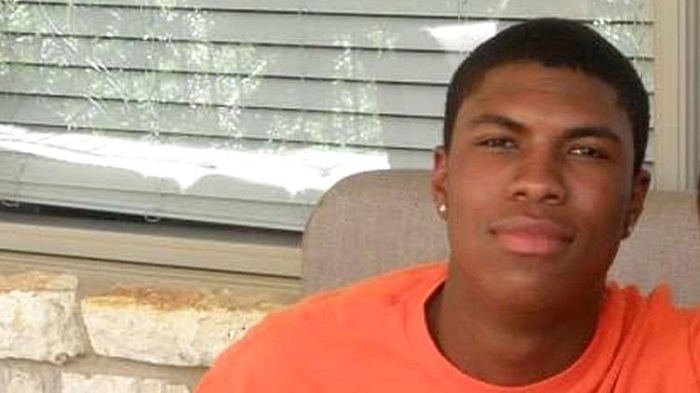 A security camera video from the scene of Bakari Henderson’s murder in Zakynthos last Friday was released by the Greek media.
The shocking images from inside a bar in Laganas, a popular tourist destination, shows the moment when a mob chased and hit the 22-year-old American tourist who was clearly running for his life.
Somebody kicked him and threw him against a parked car. Others followed by kicking and punching him.
The blows were rapid and continuous. The young American does not seem to be able to defend himself.
The mob stops the vicious attack when it realizes that Henderson is unconscious. A passer-by tries to lift him up, but in vain. An ambulance arrives about five minutes after the attack and takes away the young man’s body.
The circumstances surrounding the attack are unclear, but local media reported that the trouble began after Henderson set two beers on a table occupied by the Serbs. Other reports suggested his attempt to take a selfie with a bar employee somehow triggered an altercation.
Nine suspects — seven Serbs, one Greek and a British citizen — have been charged in connection with Henderson’s death and are scheduled to appear in court Wednesday and Thursday.
All are being held in custody and have been charged with intentional homicide, which carries a maximum life sentence.
Locals in Zakynthos are shocked by the murder and are keen to emphasize that their island is a predominantly peaceful place. They say that the crime was carried out by a mob of foreigners who have nothing to do with Zakynthos and Greece in general.
Some express anger at some of the coverage in international media that portray Zakynthos as an island of crime and debauchery.
Advisory: The video contains graphic content