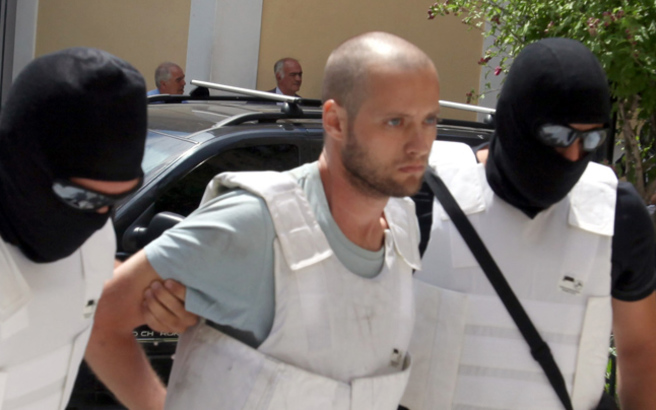 A Greek court ruled on Friday that Tasos Theofilou, serving 25 years in prison for armed robbery, was innocent of all charges.
Theofilou had been in prison since his arrest over his alleged involvement in an armed robbery on the island of Paros in 2012, where one person was killed.
He was also acquitted of the charge of being a member of the Conspiracy of the Cells of Fire urban guerrilla group. If the appeals court had accepted a prosecutor’s proposal, he could have faced a life sentence.
The ruling was in spite of the prosecutor’s plea to convict the accused of all charges.
On hearing the verdict, supporters of Theofilou that had assembled in the court broke into celebrations and started shouting slogans of support.
During his defense, Theofilou described himself as an “anarchist.”
He claimed that the only time he found himself near a gun is “when a policeman put the gun to my head during my arrest.”
“I have not committed any offense whatsoever. The only offense I committed is that I am an anarchist,” he said.
The final ruling on his case on Friday means he will walk free later in the day.