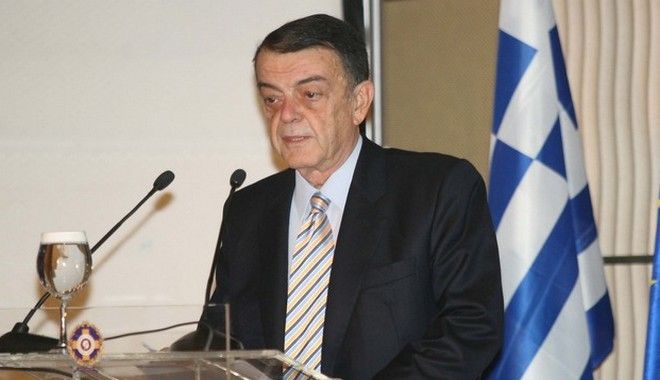 Greek media magnate, shipping tycoon and former president of the Hellenic Olympic Committee Minos Kyriakou, passed away late on Sunday night at the age of 75.
Kyriakou died of a heart attack, according to the Athens Medical Center official report.
Born on May 31, 1942 on the island of Poros, Kyriakou was a progeny of a shipowners family that had started as early as 1852. At the age of 23, Kyriakou started his own shipping company, Athenian Tankers.
Kyriakou became famous as the founder and chairman of media conglomerate Antenna Group, which he founded in 1989. It includes Ant1 television station, along with several radio and TV stations in Greece and several Balkan countries, internet providers, a publishing house and a school for journalists.
Kyriakou became president of the Hellenic Olympic Committee after Athens hosted the Summer Olympics in 2004. He served in that position until 2009.
He was president of the Panellinios Athletic Club and a former council member of the International Association of Athletics Federations (IAAF), having been elected in 2003.
Kyriakou spoke Greek, English, French, Italian, Spanish, Polish, and Russian. He was awarded the Golden Cross of the Legion of Honor – Republic of Poland, Golden Cross of the order of St. George, Golden Medal of Honor – Republic of Cyprus, Golden Star of Honor – Singapore Republic, Grand Cross of the Order of the Legion of Honor – Republic of Poland.
Kyriakou was married and divorced twice. He is survived by two sons (Xenophon and Theodoros) and a daughter (Athena), all from his first marriage. His second marriage was to actress Mari Konstantatou with whom he was divorced in March 2017. In the past few years he had suffered from heart problems.

Five of the Best Greek Islands for Windsurfing