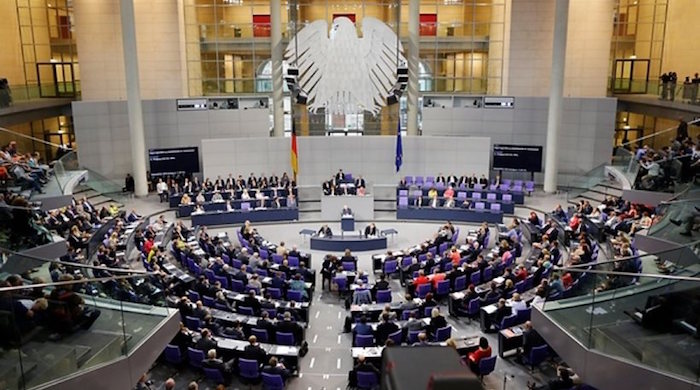 The €8.5 billion tranche for Greece has been approved by the competent committee of the German Parliament, based on the Eurogroup agreement.
Germany today gave a green light to the disbursement of the next installment to Greece. In the closed session there was no vote on the issue, the committee only took into account the suggestion of the Finance Ministry, which assured that the disbursement meets the criteria of the loan program.
However, Social Democrats, the Left and the Greens have taken the opportunity to attack Wolfgang Schaeuble, who attended the meeting. According to participants, Mr. Schaeuble was accused by MPs of avoiding a public debate on the role of the International Monetary Fund (IMF) in the Greek program because otherwise he would have to tell the truth to the German people. That is, the IMF does not participate financially in the Greek program because it considers that Greek debt is unsustainable and that debt relief is necessary.
By opposing these accusations, the German finance minister expressed confidence that the IMF would eventually participate financially in the Greek program. IMF chief Christine Lagarde has promised to submit a proposal to the Fund Council. There is no doubt, Mr. Schaeuble pointed out, as in the past, the Council’s decision will be positive.