GRNews
GreekReporter.comGreeceForeigners Account for 67 Percent of Visitors to Acropolis Museum

Foreigners Account for 67 Percent of Visitors to Acropolis Museum 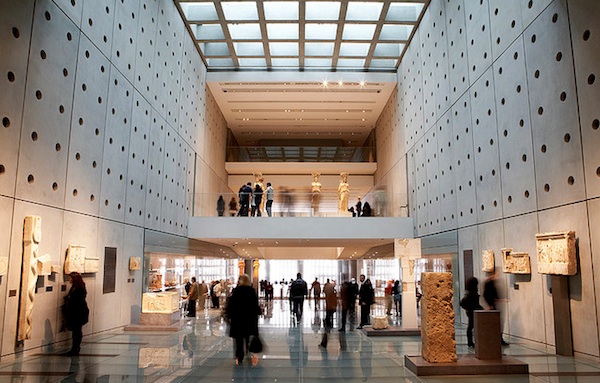 Some 1.4 million people have visited the Acropolis Museum from June 2016 to May 2017 and according to figures that new Acropolis Museum Director and Professor of Archaeology Dimitris Pantermalis announced on Tuesday, foreigners make up 67 percent of those visitors.
The announcement by Pantermalis came at a press conference for the 8-year anniversary of the new Acropolis Museum which opened in 2009. Since the opening of its doors, over 11 million Greek and international visitors have come to the museum.
“Extroversion has been and remains the main feature of the Acropolis Museum policy,” Pantermalis stated, as he continued to present figures showing the amount of traffic from foreign visitors that the museum attracts.
Of the top ranking foreign visitors that have visited the museum Pantermalis said that 148,529 were Americans, 69,508 French, 50,533 Italian, 54,211 British, 22,321 Canadian and 16,369 Chinese.