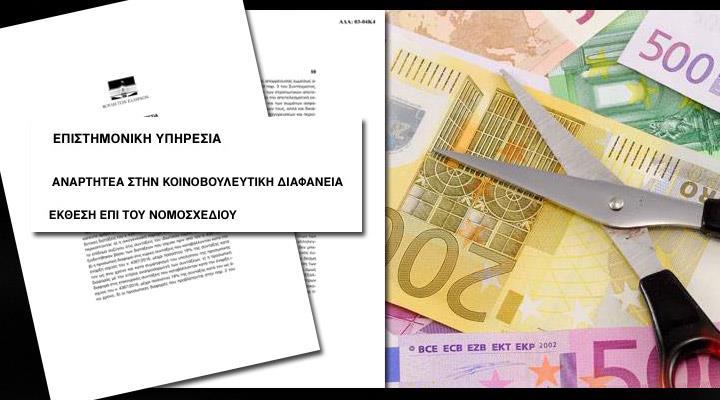 The Parliamentary Scientific Committee in its new report that accompanies the new omnibus bill expressed concern over the constitutionality of the provisions of Law 4387/2016 that calls for new cuts to pensions and special salaries.
According to Professor and former SYRIZA lawmaker Alexis Mitropoulos, the report was posted on the parliament site shortly after midnight on Tuesday.
Mitropoulos spoke on Ant1 television on Wednesday saying that, “After the recent Court of Audit decision, and following a long meeting, the committee found that the cuts in special wages, pensions and taxation were found to be unconstitutional.”
The new bill includes deep cuts in pensions and slashes in salaries of army and police personnel, sectors where special salary regulations apply.
“The proposed reductions disrupt the balance that must exist between, on the one hand,  the pension as a personal asset, which is protected by Article 1 and, on the other, of the public interest,” the report says regarding the pension cuts.

As for cuts in special salaries, the report argues that, the cuts “are part of a wider fiscal adjustment program containing a package of measures to revive the Greek economy and consolidate public finances” but their implementation “is a necessary but not sufficient condition for the constitutionality of these cuts.”