GRNews
GreekReporter.comGreeceNumber of Refugees Living in Athens Squats on the Rise

Number of Refugees Living in Athens Squats on the Rise 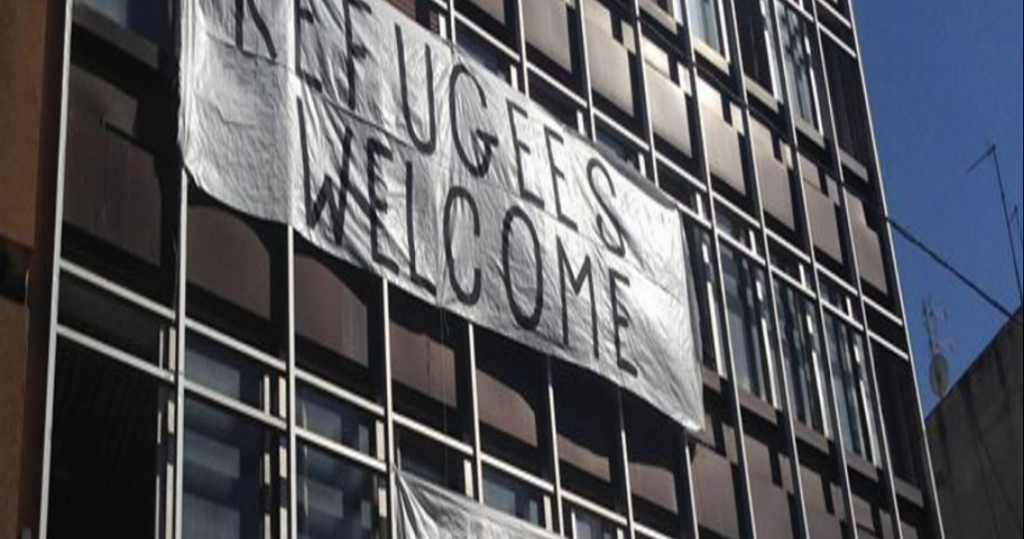 More than 2,500 refugees and migrants are living in squats in Athens occupied by anarchists and so-called solidarity groups, Kathimerini says.
The owners of the occupied building have appealed to police and the City of Athens but to no avail, the newspaper report says. At the same time, the owners are called to pay high utility bills and the single property tax (ENFIA) without even making use of their properties.
Characteristically, the owner of the former hotel City Plaza in central Athens — which is occupied for over a year now and hosts 250 to 400 refugees and migrants — has been sent a water bill of 81,500 euros. Authorities told the owner that even though the occupation of her property is illegal, they cannot do anything about it because it is a delicate political issue.
Athens Mayor Giorgos Kaminis told Kathimerini that the municipality estimates that 2,500 to 3,000 refugees and migrants are being housed in squats. The residents of the occupied buildings are outside the legal framework that applies to migrants and refugees and cannot be processed. At the same time the hygiene and safety conditions in the squats can not be checked by the authorities.
In the case of an occupied building that belongs to the Hellenic Red Cross and is to become a center for hosting unaccompanied refugee children funded by the EU, police said that they will evict the squatters but not before there is a place ready to host the refugees who live there.
In a similar case of another Red Cross building that had been occupied by migrants and was evacuated in order to become a proper refugee hosting facility, it was found that the building was in squalid condition.