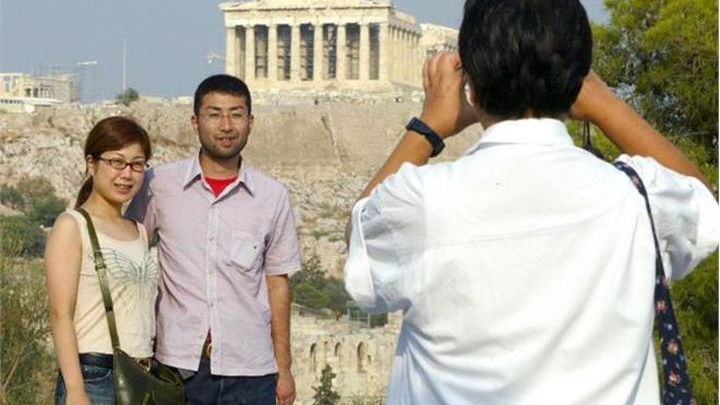 The number of Chinese tourists visiting Greece will rise tenfold, said Fosun Senior Vice President Jim Jiannong Qian, according to a Bloomberg report.
Fosun International Ltd., a Chinese conglomerate involved in the venture to transform the former Athens airport site into one of the biggest real-estate projects in Europe, is also interested in investing in Greek tourism.
As a shareholder of tour operator Thomas Cook Group Plc, Fosun is to start building vacation packages specifically for the vast Chinese market, the Senior Vice President told Bloomberg. According to the government of China, 1.5 million of its citizens will start vacationing in Greece in the medium term.
In 2016, a total of 28.1 million people visited Greece, an increase of 7.6 percent compared to 2015. According to the Bank of Greece, tourism receipts amounted to 13.2 billion euros in 2016. Beijing says that 150,000 of the 2016 visitors were Chinese citizens.
“Greece is a very safe place for visitors,” Qian said, who is also president of Fosun’s Tourism and Commercial Group. There are also good opportunities for tourism investments in Greece, he added.
“Greece’s economy is recovering now and can also deliver very good opportunities for foreign investors,” Qian said. “We look at the figures from retail sales and of the tourism sector,” and see the improvement.
Fosun has invested more than 200 million euros in Greece through its direct holding in Folli Follie luxury goods stores and indirectly through Thomas Cook and Club Med SAS, Qian said.
Other than its involvement in the former Athens airport project, Fosun has placed a bid for the acquisition of National Bank of Greece’s insurance unit, National Insurance.