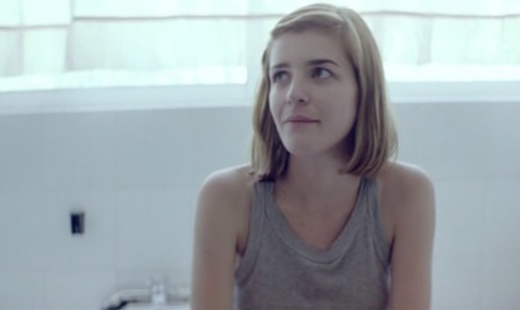 Mary Tsoni, one of the breakout stars of Yorgos Lanthimos‘ critically acclaimed indie film “Dogtooth”, was found dead at her Athens apartment on Monday. She was 30 years old.

It appears that Tsoni was the victim of severe depression according to people who knew her. A friend of hers and fellow actress, Lewsha Camille Simboura,  posted on Facebook that she found Tsoni dead at her Athens apartment and the special affection she felt towards her.

“Can’t believe I just found Mary Tsoni dead on the 5th floor. RIP. Sorry I didn’t come sooner. Maybe we could have saved you. I felt guilty, as I watched James perform CPR. I should have tried to help you with your sickness….”

A contradicting report that came in a day after the announcement of her death, says that Tsoni called an ambulance herself. According to that report the paramedics found her dead.

The cause of her death has not been announced yet.

Tsoni had taken part in several independent productions, including “Artherapy” and “Evil – In the Time of Heroes”, since her breakout role in Dogtooth in 2009. Before the movie, she was a singer in a punk band.

Not much is known about her personal struggle with mental illness, but she will be missed by the Greek indie world, as well as many friends and colleagues.