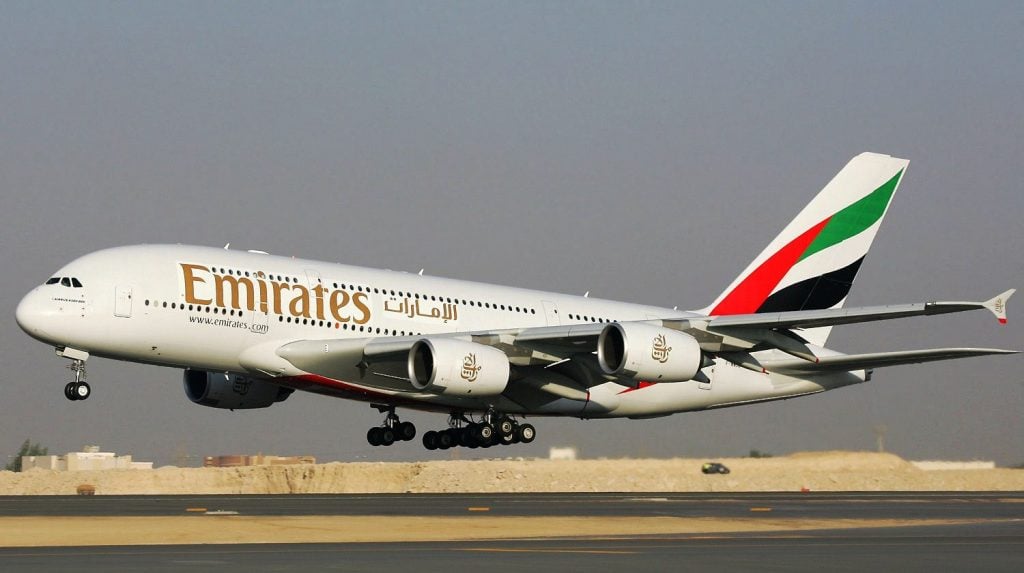 As of May 1, Emirates Airlines added a second daily flight from Athens to Dubai in order to give its customers more flexibility in connecting with the U.S..
The flight would also give some passengers the opportunity to circumvent the Donald Trump decree that bans the transfer of electronic devices to the cabin of an aircraft from airports of countries with a strong Islamic element, a Kathimerini daily report says.
The Athens-Dubai route practically closes a gap in Greece’s air connection to the United States. It is a route that had been interrupted since 2012 and Athens International Airport had been looking for ways to bring it back.
The decision to add the flight was due to increased demand, the newspaper report says. The Emirates flight to the U.S. is now subject to the new restrictions on U.S. electronics legislation when it flies directly from Dubai. On the other hand, for passengers traveling from Athens to the United States, the restriction is not valid except for the Dubai-Athens flight.
On the Athens – New York part of the flight, passengers can board with their electronic devices (laptop, tablet, camera, etc.) in their hand luggage. For the same reason, the company is modifying part of its routes by limiting its direct connections from Dubai to the U.S., while increasing the frequency to other European destinations. The increased flights to other stops offers passengers more alternatives.
The fact that the flight lands at Newark Airport, located in New Jersey, seems to attract interest outside the Greek community in the U.S.. Emirates executives estimate that there will be a significant response from the Indian market, while the cruise ship market is also given particular consideration. The flight meets the needs of both professionals and tourists and offers additional options for connecting to destinations in the Middle and Far East, Australia and Africa. In addition to boosting available seats, the second flight between Athens and Dubai also increases the tonnage of the cargo carried.