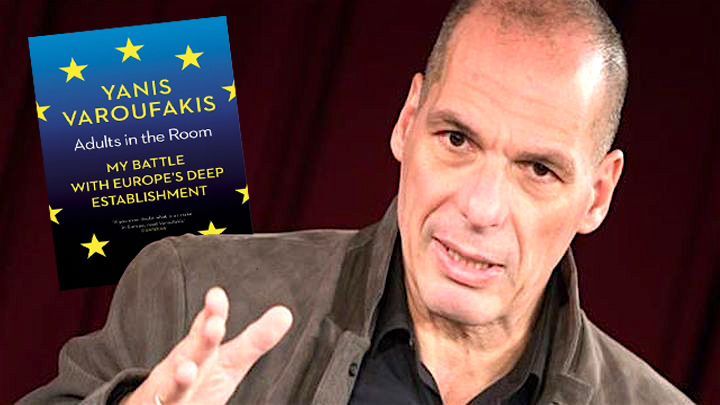 Former Greek finance minister Yanis Varoufakis says in his new book that the SYRIZA administration accepted the creditors’ memoranda and turned into a light version of Antonis Samaras‘ policies.
The book, written in English, is called “Aduts in the Room” and is about the crucial days of May 2015 when Greece and creditors were fighting over the acceptance of the third memorandum of understanding with the country coming close to a Grexit. 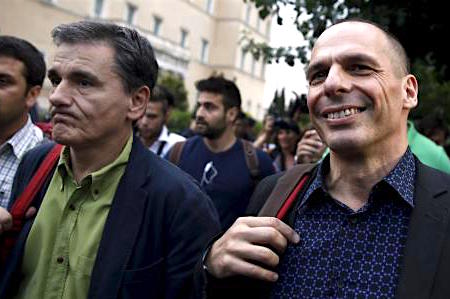 PressProject website posted an excerpt from the book, that will be released in Greek translation in the summer. The excerpt from chapter 15, “Countdown to surrender”, reads as follows:
“As the end of May was approaching, Alexis (Tsipras)was becoming more and more sluggish, to the point where he had ceased to dominate, as he was doing before, in our meetings.”
In the book Varoufakis claims that he was all for debt relief and during negotiations he was accused by then state minister Nikos Pappas and general secretary Spyros Sayias of “being obsessed with the debt”.
“Seeing that Alexis was listening (to the accusations) toο rundown to answer, it became obvious that by now he had denied all that we had agreed on since 2011,” Varoufakis writes.
And continues: “Their plan now was obviously the acceptance of the memorandum and the reorganization of our government as a light version of Samaras’ policies. I remember sitting with Euclid (Tsakalotos) at Maximos Mansion, smiling bitterly to each other.”
Later in the chapter, Varoufakis writes: “At one point, in a private conversation we had, I told Alexis that he could not “sell” the Sayias staff level agreement not even to himself, let alone to our parliamentary group. He agreed in a disarming way and immediately he looked even more sad than he was already.”