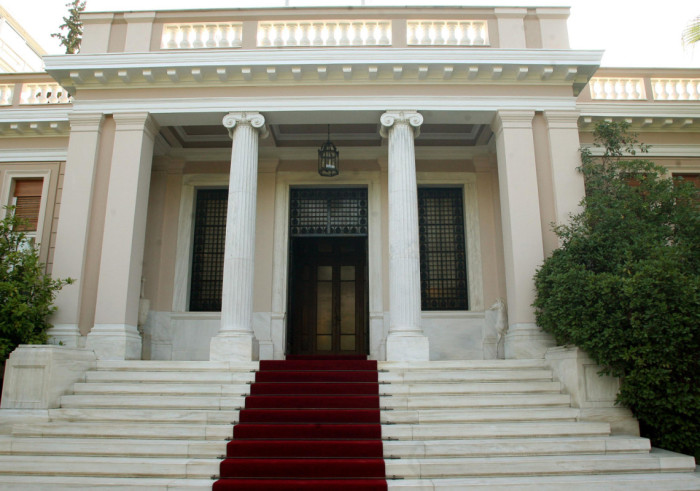 Greece and international creditors are about to sign the fourth bailout agreement, in the form of four separate memoranda of understanding, with the required bills to be tabled for a vote in the House within two weeks.
According to Proto Thema newspaper, the four texts are 128 pages long with the terms of the deal, including all bills that must pass in the Greek Parliament in order for the agreement with the European Union and the International Monetary Fund to close.
The Greek government aims at tabling the new bills in the first ten days of May to be ratified so the Greek finance minister can go to the May 22 Eurogroup with a least a staff level agreement in his hands.
According to the report, the texts are in the stage of an almost agreed upon final draft and are not expected to change significantly, although some of them may still be subject to further negotiation.
The four texts are the IMF’s Memorandum of Economic and Financial Policies (MEFP) and the Technical Memorandum accompanying it (TMU), and the Supplementary Memorandum of the European creditors (SMoU) and its technical section (TMU).
The texts include the new fiscal measures of the 2018-2020 period (social allowances, pensions, debts), public sector reforms, labor law reforms, market reforms, bank policies, privatizations and further opening of the energy market. There is also a list of countermeasures and the conditions under which they would be activated.
For 2018, the Greek government must take fiscal measures to save 450 million. This means cuts in unemployment benefits and social benefits overall. Also, heating allowances will be reduced by 58 million euros. At the same time, it is planned to abolish tax deductions for medical expenses, which will increase the tax burden by 121 million euros.
Regarding employment contracts in the public sector, creditors require that 1,018 of those should be cut. At the request of the IMF, a “ceiling” is imposed on the number of contract staff. Currently there are 49,448 state employee contracts that need to be reduced to 48,430 by December 2019. At the same time the IMF memorandum requires reforms that would bring more transparency in the public sector, staff mobility and cuts in special wages.
Finally, the report says, the countermeasures Athens is proposing will only apply if the Greek government manages primary surpluses of 3.7% each year.  The IMF technical text states that countermeasures will be implemented not when the government achieves the target of primary surpluses of 3.5% of GDP as agreed so far, but only if there is a margin of 0.2% above 3.5%.