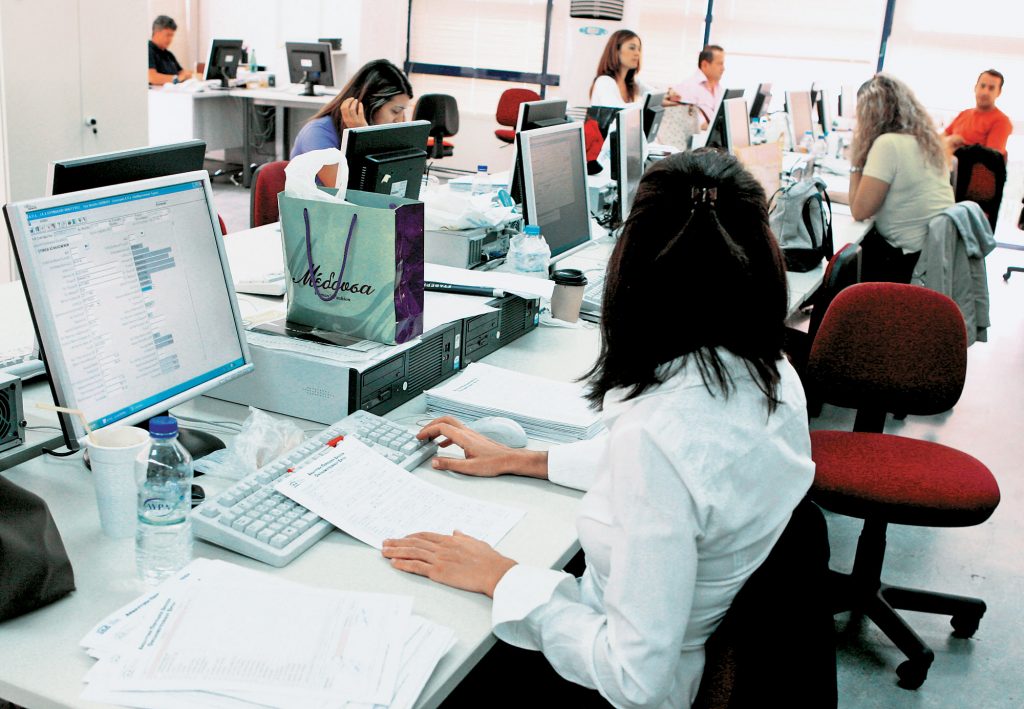 Wage costs in Greece’s public sector increased in 2016, while at the same time private sector employee costs shrank, according to Eurostat.
The European Union statistical authority figure show that in the fourth quarter of 2016, hourly labor costs to the State went up 3.4%, while hourly labor costs in the private sector dropped by 3.3%.
However, the gap is not due to raises in the public sector but it is contributed to the increase in cost to the State, namely because of the larger number of civil servants due to many hirings in 2016 — especially of contract workers — and increases in social security contributions and other contributions.
At the same time, there were significant layoffs and wage cuts in the private sector last year, thus bringing down the total cost of private labor.
In the fourth quarter of 2016 the hourly wage cost to the State decreased by 0.7%, but contributions and bonuses increased by 13.4%. As a result, hourly labor costs increased by 3.4% overall.
In the private sector, wages dropped by 2.9%, while a decrease of 5.9% was recorded in bonuses and contributions.
The number of civil servants in 2016 increased by 6,803 people, including retirements. By contrast, last November alone, 37,667 private sector employees lost their jobs. Overall in 2016, there were 157,383 hirings in the private sector and 195,052 layoffs.
Ministry of Administrative Reform figures show that there was a great inflow of contract employees in the public sector, and especially in municipalities. From December 2016 to February 2017, 3,873 new contracts were signed.
Regarding the number of permanent pubic sector employees, their number reached 565,430 in February.