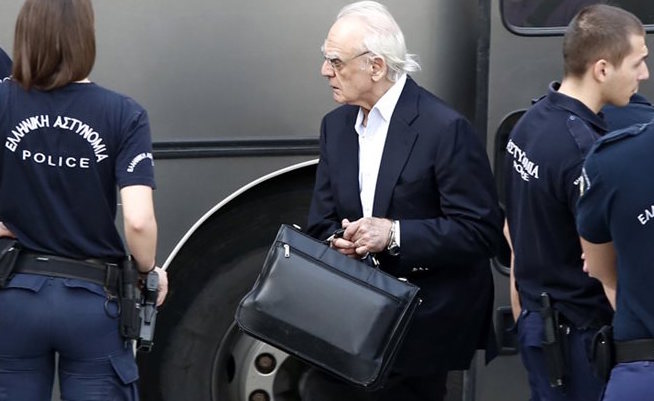 On Wednesday ex-defense minister Akis Tsochatzopoulos’ request for his bail to be lowered for his early release from prison was denied, however, the 77-year-old was able to raise the 200,000 euros needed to obtain bail.
Sources have told the Greek newspaper, Kathimerini, that Tsochatzopoulos may be released soon — even later today.
Tsochatzopoulos, convicted to 20 years in prison for taking kickbacks in arms deals, is said to have relied on relatives and friends to raise the money for his bail.