TechNews
GreekReporter.com Canada Greek Canadians to Give 'Sculpture of the Greek Immigrant' as Gift to... 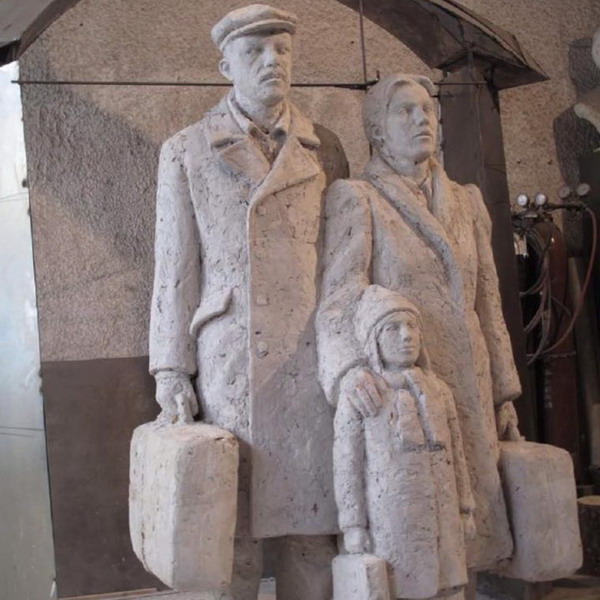 The “Sculpture of the Greek Immigrant” will soon be ready to be placed at the intersection of Park Avenue and Jean-Talon Street in Montreal as a tribute of Greek Canadians to the City for its 375th anniversary.

The statue, which is in its final stage of creation in Athens, Greece, is the work of distinguished Greek sculptor and professor at the School of Fine Arts of Athens, Giorgos Houliaras. It is made of a bronze composite and it has a height of three meters.

The sculpture was demonstrated to the President of the Hellenic Community of Greater Montreal Nicholas Pagonis, during his visit to Athens. It will be a gift from Greek Canadians to the City of Montreal for its 375th anniversary.

The HCGM, the Lyceum of Greek Women of Montreal and the Hellenic Congress of Quebec have contributed to the financing of the project.

The location of the sculpture is in an area inextricably linked to the presence of Hellenism in Montreal. It is across the old train station, the Gare Jean-Talon, a point of symbolic significance, as it is where the first Greek immigrants of the post-war period started arriving in the city, coming from Halifax after they were brought to Canada by the big ocean liners.

The sculptor in a note to the Lyceum of Greek Women of Montreal, describes the sculpture as follows: “The idea is a family of immigrants with suitcases in their hands. It is a sculpture of a compact family (father, mother, child) and wants to portray the Greek family where the members lean on each other as they pass a gate symbolizing the passage to the New World.”

The “Sculpture of the Greek Immigrants” will be in place during the summer. A plaque with the names of donors will be placed next to the statue.