GRNews
GreekReporter.comGreek NewsEconomyEU Agriculture Commissioner: Greece will get €19 Bln in 7 Years for...

EU Agriculture Commissioner: Greece will get €19 Bln in 7 Years for Agriculture 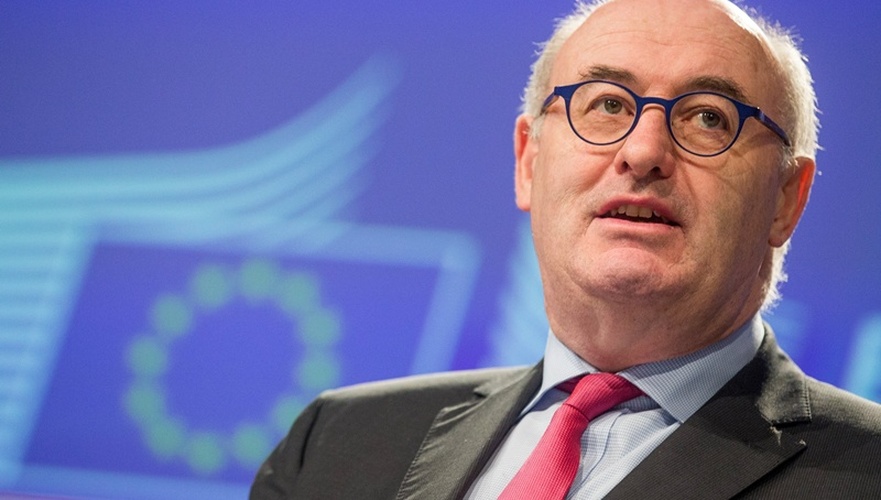 Greece will get 19 billion euros in the next seven years for development in agriculture, while Greek traditional products will be protected, said European Commissioner for Agriculture and Rural Development, Phil Hogan.
The European commissioner is in Thessaloniki and on Thursday opened the Agricultural Business Summit. He is also to visit extrovert and successful companies.
Hogan spoke with Greek Minister of Rural Development and Food, Vangelis Apostolou during his visit in the cheese production unit of ‘Kourellas Brothers’ at Grevena. He assured the Greek minister that he will do everything he can “to protect the uniqueness of both agricultural products linked to the culture and traditions of Greece such as feta cheese and strained yogurt.”
As regards the international presence of the two Greek dairy products, the commissioner noted that “there has been progress,” but acknowledged that “it is time to do more for international agreements.” He stressed that “European funding for the promotion of feta cheese in the global market has been secured.”
The European commissioner also said that “over the next seven years, the EU will provide 19 billion euros to enhance Greek agriculture and livestock breeding.
“I come from a small country, Ireland, which has much in common with Greece, based on agriculture and animal husbandry, but without the sun. We went through difficulties similar to those you have in your country […] Let us all work together in a spirit of solidarity and cooperation, to see the best results in Greek agriculture and animal husbandry, as the example of the ‘Kourellas’ business shows,” Hogan said.