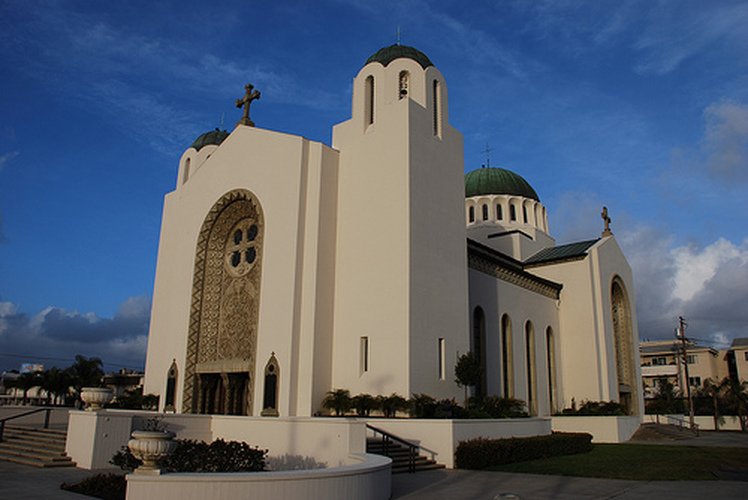 Two professors have joined forces to recreate the unique acoustic experience of ancient spaces and one of the amazing results has been the recreation of the sounds of Agia Sophia, one of the oldest churches in Thessaloniki. The amazing thing is that the audience that was treated to the experience of hearing this chant known as the Akathistos hymn from the sixth century was sitting in Saint Sophia Cathedral in Los Angeles, USA, in February, 2017!

The event drew a crowd of over 700 people who were transported to the ancient church in Greece.

It all began when Chris Kyriakakis, a professor of electrical engineering and director of the Immersive Audio Laboratory at University of Southern California teamed up with Sharon Gerstel, an art history professor at UCLA. The two got together after Gerstel read an article about Kyriakakis’ research on immersive audio in The New York Times and reached out to him.

The project also has a special meaning as Kyriakakis was baptized in Agia Sophia as he explained to religionnews.com, “Those buildings have been there for thousands of years and hopefully will be around for thousands more. But one day, they may not be.”

How does it work? At the event that recently took place at Saint Sophia Cathedral in Los Angeles, audio experts fed the singers voices through acoustical data which, in turn, created the same audio effect of being in Agia Sophia.

Kyriakakis and Gerstel are looking to expand the project and have already had international invites to collect data in France and Turkey.

“You pick the building and the century, and you can be there,” Kyriakakis commented as Gerstel added, “You could even sit in your car and be in church. There are so many exciting possibilities.”