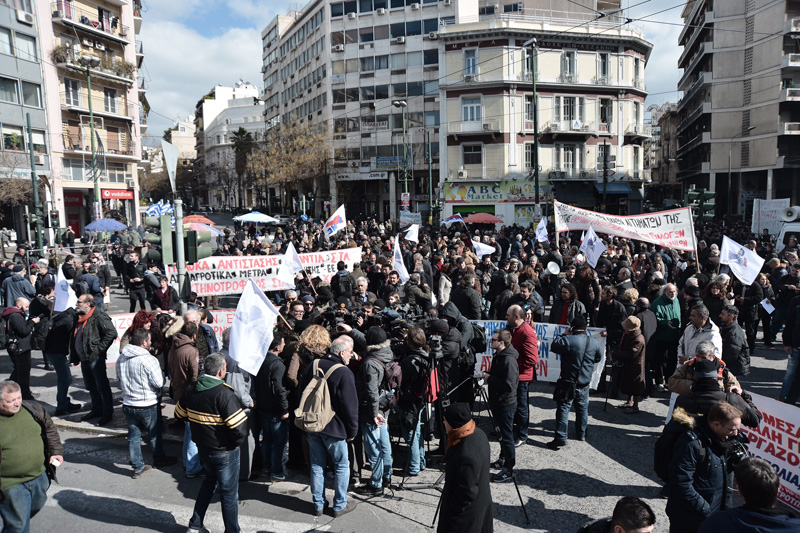 About 2,000 farmers gathered in central Athens to rally against new tax and security contribution measures, with Greek Communist Party (KKE) leader Dimitris Koutsoumbas among them.
Farmers started arriving at Vathi Square in the late morning hours carrying banners and shouting slogans against austerity and government promises. Meanwhile, Greek police blocked access to the Ministry of Rural Development and Food using police buses. Earlier, farmers had entered the ministry building and hung banners from the windows.
Farmers from all over Greece arrived by bus at Vathi Square to shout their demands. They were joined by workers’ unions and other solidarity groups.
The main demands of the farmers, according to the Nationwide Committee of Farmers Roadblocks are the abolition of raises in security contributions to OGA, reduction in retirement age, a tax-free family income of 12,000 euros plus 3,000 euros for each child, protection from confiscation of bank accounts with less than 15,000 euros, tax-free fuel oil, minimum guaranteed prices for agricultural products, deletion of interest and a 30% “haircut” of business loans of up to 200,000 euros.