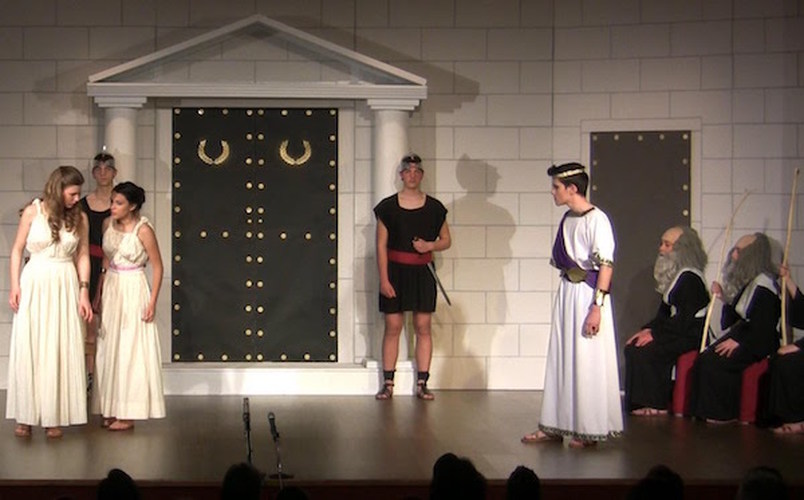 The education ministry rejected press reports on Thursday that the Institute of Educational Policy was planning to remove the teaching of Sophocles’ classic play “Antigone” from the high school curriculum.
“No such proposal has been officially submitted,” the ministry said, and dismissed the reports as “unsupported rumors.” It also accused the Greek Association of Philologists of “rushing to convey a false impression.”
Following the reports in various media, the union had issued a strongly-worded statement in which it condemned such a move as “unacceptable.”
“A Greek school without Thucydides’ Pericles’ Funeral Oration and without Sophocles’ Antigone is a school with an irreplaceable educational deficit, without substantial lessons in democracy, without being taught resistance against the arbitrariness of governments and without highlighting love as supreme value,” the union said.
(source: ana-mpa)