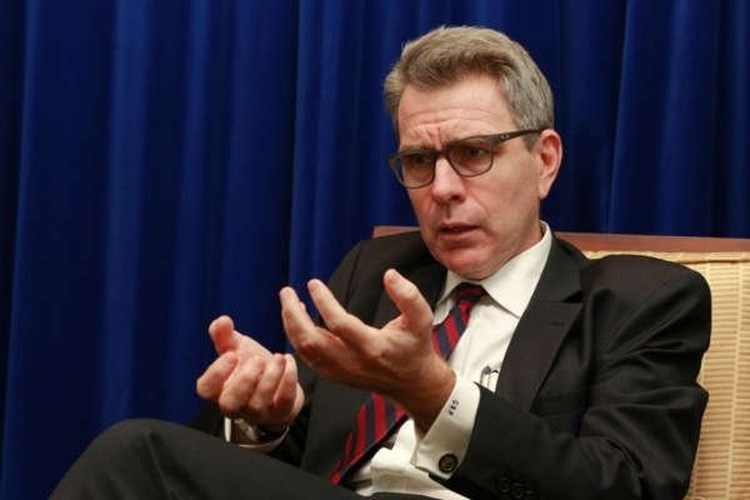 The United States wants to see economic growth and stability in Greece, the U.S. Ambassador to Greece, Geoffrey Pyatt, said on Monday at an American-Hellenic Chamber of Commerce event for the New Year.
“Our priority in the U.S., is to see a growing, creative, stable Greece in a difficult region,” the ambassador said, noting the country received former president Barack Obama’s “strong commitment” when he visited Athens. “We continue with this momentum,” he added.
At the same event, the president of the Chamber, Simos Anastasopoulos expressed concern about the delay in the completion of the second program review.
“We ask for a minimum political consensus to complete the review, by overcoming obsessions, such as collective redundancies which do not concern the Greek entrepreneurship,” he said.
(source: ana-mpa)