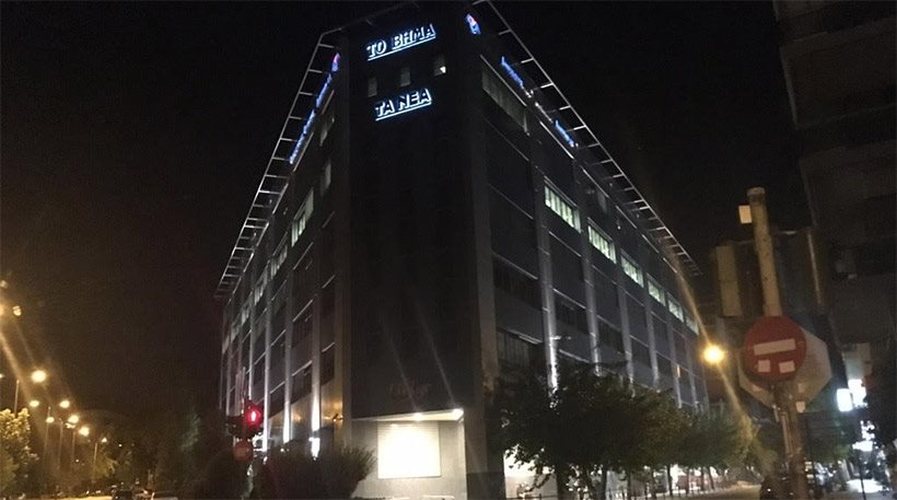 On Saturday the Lambrakis Press Organization (DOL) announced on the front page of the Greek newspaper “To Vima”  that two historical Greek newspapers are being forced to suspend production as their doors indefinitely close due to DOL’s creditor banks completing the liquidation of the group’s less functioning sectors.
The newspapers to be suspended are “To Vima” and “Ta Nea” and closing the papers means that 500 people will find themselves out of work.
The article was signed by the editorial staff although sources have reported that it was actually written by the publisher of DOL, Stavos Psicharis.
“The banks were indifferent to the fate of over 500 employees, who even though were unpaid for months, did whatever they could to salvage the publications and the group’s other media,” states the editorial.
“Ta Nea” (The News) and “To Vima” was the flagship of the DOL.
The newspaper “Ta Nea” began publishing in 1931 as Athinaika Nea (Athens News) with the first issue being released on May 28. It has been Greece’s best-selling newspaper for decades, although its circulation had been affected by news on the internet and the economic crisis.
The newspaper’s circulation reached its peak (200,000) copies in the 1990s, but by 2008 circulation dropped by more than half of its peak. In December its circulation averaged 13,000 copies, still putting it at the top of Greek dailies.
Ta Nea has been a traditional center-left friendly newspaper and has strongly supported PASOK in the 1980s and 1990s.