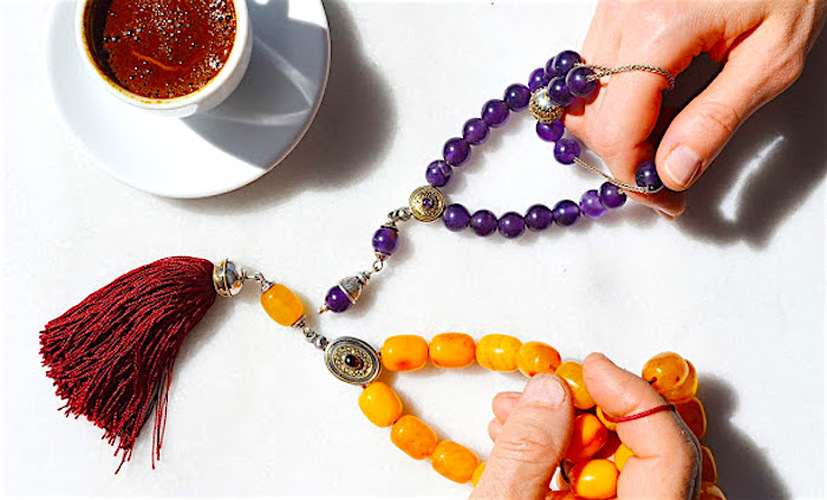 The picture of a Greek man sitting at a traditional coffee shop worrying a string of beads was a timeless picture of Greek folklore that had faded in recent years. As more and more old coffee shops died out along with their elderly clientele, so did the familiar click-click of the worry beads.
Yet, the famous komboloi seems to be coming back; now in the hands of much younger people.
The economic crisis that hit Greece in 2010 has brought many changes in everyday life. Overconsumption in trendy, expensive bars and cafes is now a thing of the past. Cigarette chain-smoking that characterized young Greeks BC (before the crisis) is a foggy memory for many. It is no wonder then that in many young hands a string of worry beads has replaced a lit cigarette.
Once viewed as a habit of elderly or unfashionable Greek folks, the komboloi is now an acceptable accessory for young people, that can sit easily next to the i-phone on the cafe table.
Young Greeks are stressed, as more than 50 percent of them are unemployed, as official figures show. Once they could turn to the cigarette pack for stress relief and comfort. Now they can turn to inexpensive worry beads, and enjoy.
The modern Greek word komboloi derives from kombos (knot) and logio (collection) or the verb leo (say). It is said that it is short for the phrase “in every knot I say a prayer“. This etymology accounts for the fact that the komboloi actually evolved from komboskini, the Greek word for prayer rope. 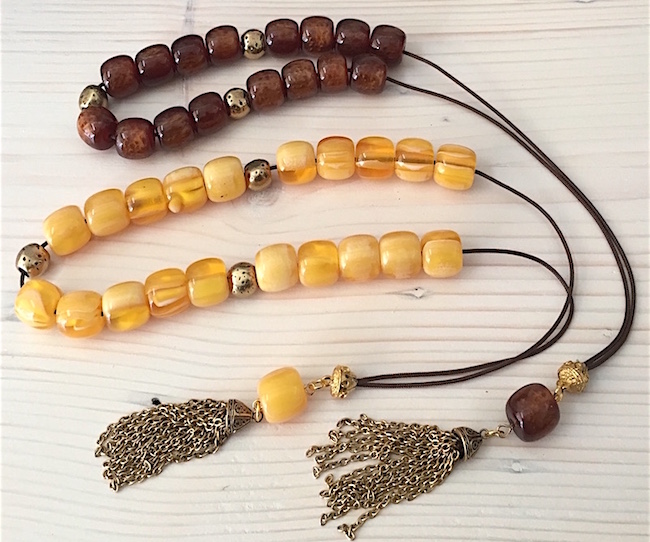 Worry beads may be constructed from any type of bead, although amber, amber resin (such as faturan), and coral are preferred, as they are thought to be more pleasant to handle than non-organic materials such as metal or minerals. Hand made komboloi are the best to purchase in Greece and their prices can vary from a few euros to 1,000 euros and even more.
EfiStore and Doromu and Etsy, is Greek gifts stores that has a variety of handmade komboloi pieces, and ships worldwide.
The are various ways to handle the komboloi, but there are two ways being generally preferred. The first one is a quiet method for indoors, while the other is a noisier one that is acceptable in public places. 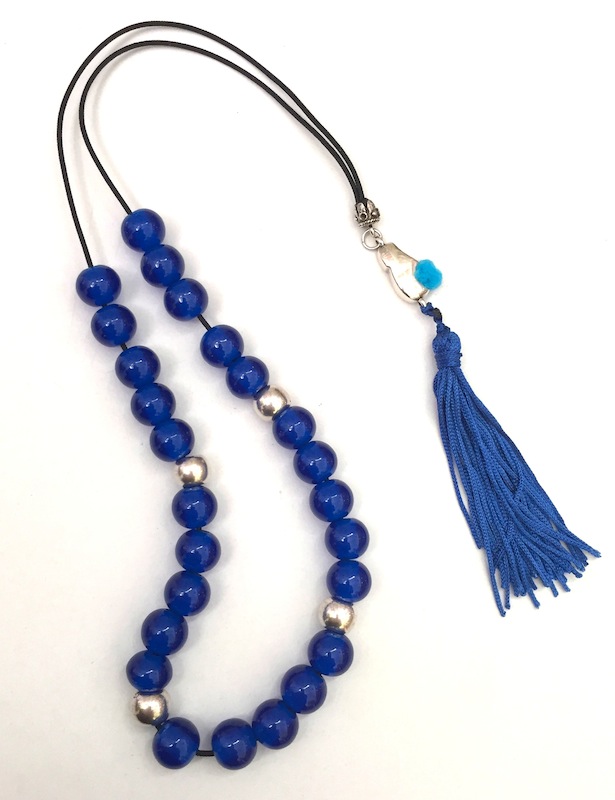 Until some decades ago the komboloi as well as the begleri (half-worry beads) were only used by men (and still used only by men in rural Greece). Women who used them, especially in public, were disapproved of, but things have changed and the komboloi has become sort of a fashion accessory very popular with both sexes. The fact that the komboloi keeps your hands occupied, has been promoted as an excellent way to quit smoking.