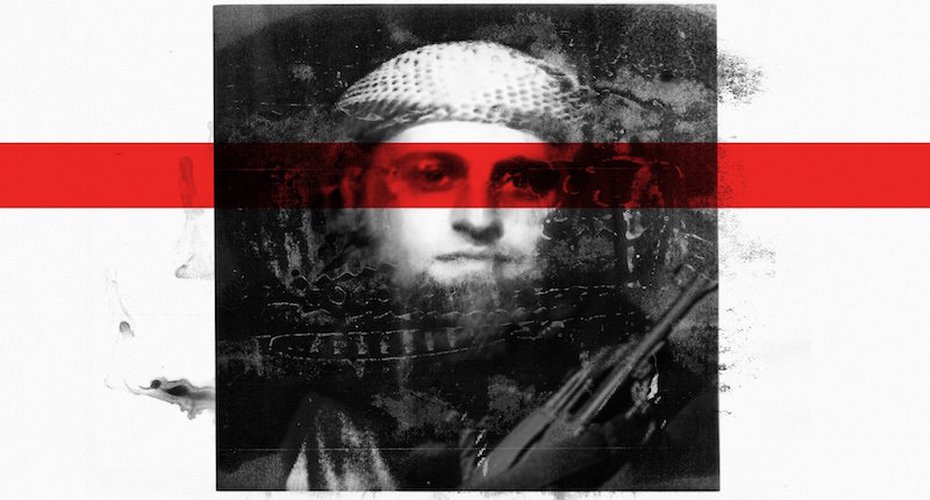 Yahya Abu Hassan was John Georgelas – a Greek of Cretan origin – before he decided to leave Texas and his family behind, to go to Syria and fight what he believed is a holy war alongside the Islamic State terrorist organization.

The story of Yahya is told by Graeme Wood in a fascinating feature he wrote for Atlantic Monthly. The reporter did a long search to find the mysterious man who was writing eloquent articles propagandizing the Islamic State and jihadism.

In a google hit, Wood stumbled upon a John Georgelas who had lived in North Texas and according to an August 15, 2006, press release from the Department of Justice he was labelled as a “Supporter of Pro-Jihad Website Sentenced to 34 Months.” 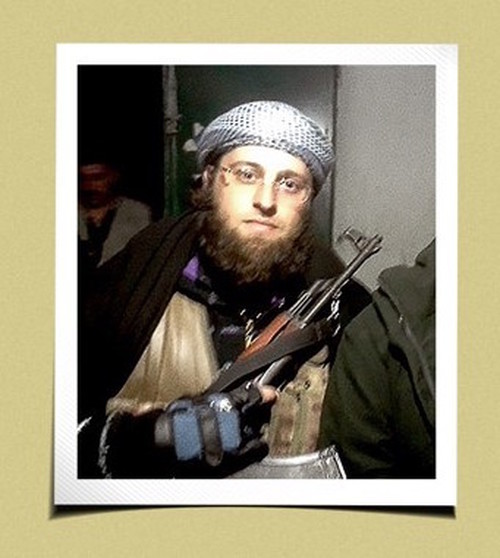 His search led him to the parents of Yahya, Timothy and Martha Georgelas, Americans of Greek ancestry. After talking with his father it became apparent that his parents had practically denounced their prodigal son.

Born in 1983, John Georgelas was the typical rebellious youth who experimented with drugs and showed all the signs of anti-social behavior. He ended up studying philosophy at the College Station branch of Blinn College, a junior college in central Texas. There he got interested in the Muslim religion. A few days before Thanksgiving 2001, and a little after 9/11, on the first day of Ramadan, John converted at a mosque in College Station frequented by foreign students from Texas A&M.

Then John taught himself Arabic and became fluent, to the point he could write poetry in the new tongue. He also studied the Quran diligently. In 2003 he found his future wife on a Muslim matrimonial site. Tania was born in London in 1983 to Bengali British parents. She was equally rebellious, and as Wood describes her, “By her late teens she was draping herself in a full-body covering, or jilbab, and she fantasized about packing a bomb under it.”

After a month of digital flirting, Yahya flew to London and met Tania in person. They married in March 15, 2003. It was a marriage made in jihadist heaven. They settled in College Station and frequented the mosque where Yahya was converted. Later in the year, they traveled to Damascus for an extended honeymoon. There they associated with other jihadists.

In September 2004, Yahya and Tania returned to the United States, relying financially on Yahya’s parents. They settled for a while in Torrance, California, with Yahya hoping to find work as an imam. However, he disqualified for mosque jobs because he was a jihadist. There the couple had their first son in 2005, before they moved back to north Texas.

Yahya found a job as a data technician and helped jihadist websites. Yet, the FBI arrested him in 2006 and he was convicted. During his parole he stayed in Dallas and worked as an IT technician. In 2009, he and Tania had another son. On October 2011, after his parole ended, the four-member family left the U.S..

They moved to London and shortly after to Cairo, when a third boy was added to the family. In Cairo, Yahya was free to pursue jihadism. “One person who knew him then describes him as one of the strongest pre-isis pro-caliphate voices, and says the online seminars he conducted in Arabic and English did much to “prepare” Westerners for the declaration of the caliphate that would come a few years later,” Wood wrote.

“When they left Cairo,” Wood continues, “Yahya insisted on going to Turkey. Once there, in August 2013, he took his family onto a bus and told them they were going on a trip. He did not reveal their destination until Tania (now almost five months pregnant with their fourth child) saw the Syrian border.”

Once they found themselves in Syria, in a town called Azaz, Yahya was about to fulfill his dream of fighting the infidels along his jihadist comrades. But Tania and the children got sick and Yahya was forced to send them back to Turkey. He had to stay in Syria and fight his holy war. He saw real battle there, and during combat in April 2014, a mortar blast sent shrapnel into his back and almost severed his spine. He then became a keyboard warrior for ISIS.

“On December 8, 2015, Yahya’s voice came through clearly on Al Bayan radio—the voice of the Islamic State. He is now the Islamic State’s leading producer of high-end English-language propaganda as a prolific writer for its flagship magazines, Dabiq and Rumiyah,” Wood wrote.

In August 2016, a drone killed Abu Muhammad al-Adnani, the Islamic State’s second most powerful leader. On December 5, 2016, the Islamic State announced the name of his successor: Abu al-Hassan al-Muhajir. That name is an active alias of John Georgelas. (A muhajir is someone who has immigrated to the Islamic State, a foreign fighter rather than a Syrian or an Iraqi.) The title inherited by “Abu al-Hassan” is mutahaddith, or “spokesman.”

As Yahya is still fighting for his elusive and hateful cause, Tania has returned to the Dallas area and stays with Tim and Martha Georgelas. There she gave birth to her fourth boy and petitioned for divorce. Now she declares agnostic.