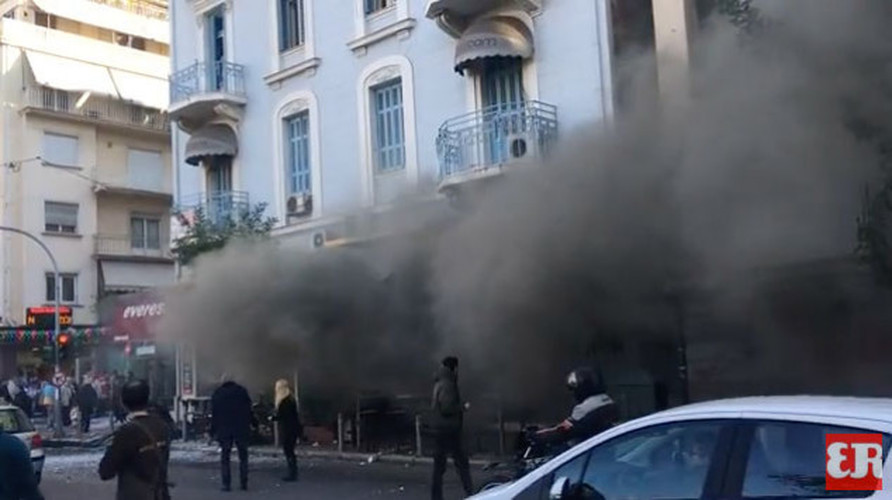 An explosion at a coffee shop in central Athens on Thursday morning left one dead and seven injured.
The incident took place at 9:20 am at a Victoria Square coffee shop at Victoria Square, next to the subway station. A large fire followed the explosion which, according to the first estimate by the fire department was likely caused by a leaking propane tank.
A 38-year-old woman was found dead at the basement of the adjacent business. Seven people were injured and transferred to the hospital, with one person in serious condition.
Police have cordoned off the area and the Victoria Square station closed temporarily for security reasons.


This is a breaking news story, more to follow.