New White House Chief of Staff Is Half Greek

The newly elected President of the United States Donald Trump has appointed Reince Priebus as White House Chief of Staff, to take office on January 20, 2017.

Priebus, who is Chairman of the Republican National Committee, was crucial to Trump’s election campaign as a loyal aide and to party unity overall.

Born March 18, 1972, in Dover, New Jersey, to Richard and Dimitra. His mother is of Greek descent and her nickname is Roula — family name Pitsiladis — while his father is of German descent. Reince Priebus appears regularly with his family at the Saint Sophia Greek Orthodox Cathedral of Washington D.C., as he has been a lifelong member of the Greek Orthodox Church. He has also spent many summers with his extended family in Greece and speaks the Greek language very well. 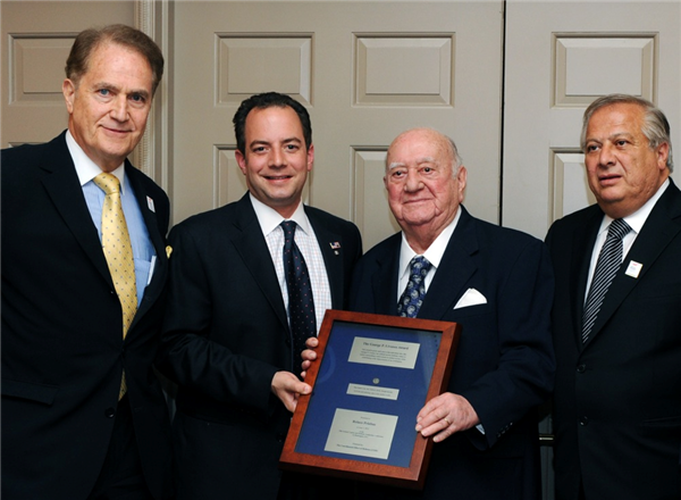 Priebus was first elected Chairman of the Republican National Committee in January 2011 and his reelection in 2015 for the third time makes him one of its longest-serving chairman in modern history. He has outdistanced great Republican statesmen, like former U.S. Senate Majority Leader, Bob Dole, and former U.S. President George H. W. Bush, as NRC chairmen.

It was no minor achievement that Priebus’ hard work and party loyalty contributed to bringing national known figures such as Paul Ryan, Speaker of the House, and Scott Walker, Governor of Wisconsin, into prominence on the national political stage.

Priebus supported Trump throughout the election campaign and quashed efforts by Certain Republicans to prevent his nomination.