TechNews
GreekReporter.com USA William Sianis and the Curse of the Billy Goat: A Sports Legend

William Sianis and the Curse of the Billy Goat: A Sports Legend 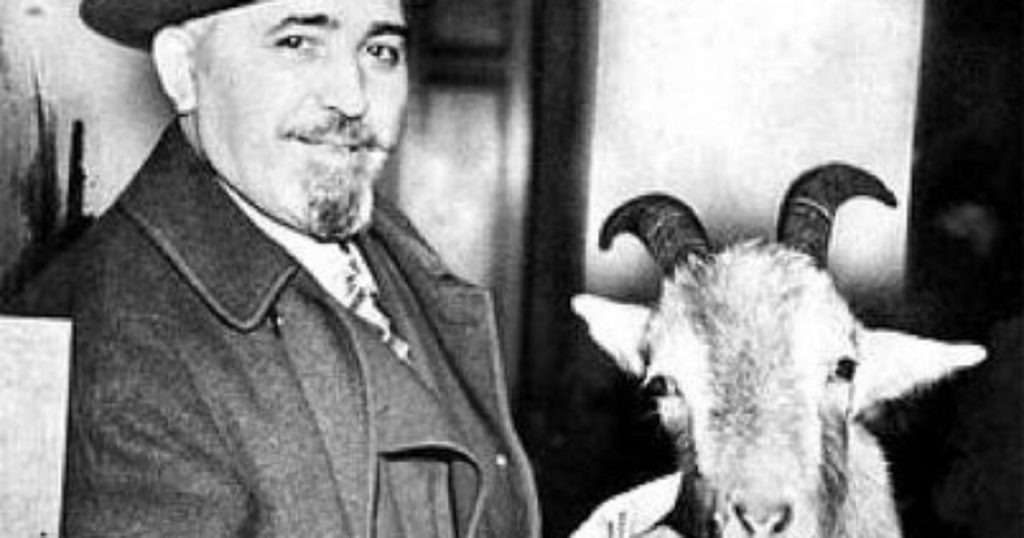 It was a hex that lasted 71 years, but the William Sianis and “The Curse of the Billy Goat” story became legend in Chicago and the rest of the baseball world.

It all started during game 4 of the 1945 World Series. Greek American William Sianis and his billy goat were escorted from their seats by Wrigley Field security because the other fans could not stand the smell of the animal.

Allegedly, an outraged Sianis shouted, “Them Cubs, they ain’t gonna win no more,” which had been interpreted to mean that either the Cubs would never win another National League pennant, or that they would never again be in the World Series. Since that day, the Cubs never made it to the World Series, despite efforts to break the curse.

The Chicago Cubs won the World Series beating Cleveland Indians 8-7 in game 7 this year finally breaking the curse 71 years later. It is their first WS Title in 108 years.

William “Billy Goat” Sianis was born in Greece in 1895. He came to the U.S. in 1912 and taught himself English by reading newspapers. He bought the Lincoln Tavern across the street from the Chicago Stadium. Legend has it that he repaid the debt for the tavern after a baby goat fell from a truck just outside the tavern. Sianis took care of the goat, named him Murphy, grew himself a goatee and renamed his bar The Billy Goat Inn.

Sianis was an expert in publicity stunts. In 1944, when the city hosted the Republican National Convention, he posted a sign outside his tavern saying “No Republicans Served Here.” Angry Republicans went inside to inquire why, only to find themselves getting served, and with a smile.

It is said that Sianis brought Murphy to game 4 of the Detroit Cubs World Series the following year as a publicity prop. He purchased two box seat tickets for a total of $7.20, and was allowed to parade his animal around the field during the pre-game wait with the billy goat wearing a placard reading “We Got Detroit’s Goat.”

Ushers tried to send the Sianis and the goat out before the game started, but Sianis argued he’d paid for two box seats and thus they should be allowed to stay. They were allowed to stay until the 4th inning, but ushers came back and told them they had to leave because someone had complained about the goat’s smell.

Some say that he cursed the franchise there and then, declaring that no World Series games would ever again be played at Wrigley Field. Others contend he said it was the Cubs who would never appear in another series, regardless of venue. According to Sianis’ family, the following day, he sent a telegram to Cubs owner Phillip K. Wrigley saying the team would lose the 1945 World Series and never win (as opposed to appear in) another, all because they had shunned his beloved goat.

Yet, to this day, the Billy Goat Tavern is a success story. Today there are several Billy Goat Taverns in the Chicago area and even one in Washington D.C., all of them testament to a Greek immigrant with a great talent in publicity.