GRNews
GreekReporter.comGreecePresident Pavlopoulos to Erdogan: Treaty of Lausanne 'Finally and Irrevocably' Determined Both...

President Pavlopoulos to Erdogan: Treaty of Lausanne 'Finally and Irrevocably' Determined Both Greece's and EU's Borders With Turkey 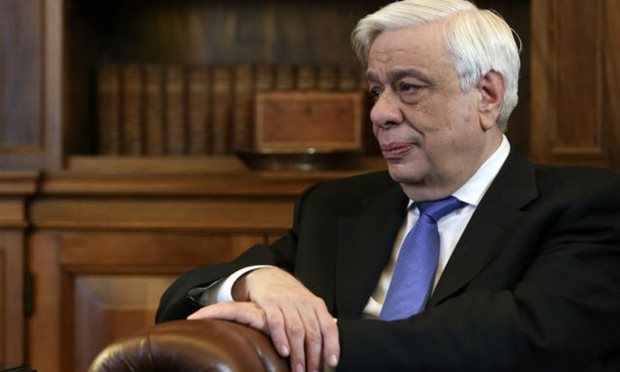 “The rhetoric of Turkey’s President Recep Tayyip Erdogan directly or indirectly undermines the Treaty of Lausanne and the Greek-Turkish relations as well as the EU-Turkey relations,” Greek President Prokopis Pavlopoulos said on Tuesday at a ceremony for his declaration as honorary citizen of Edessa, northern Greece.
“Greece has always supported the constitutional legitimacy in Turkey; we wish to have good neighborly relations. Greece is Turkey’s gateway to Europe,” he underlined and added: “That means that we respect both history and international law. And it is known that the Treaty of Lausanne finally and irrevocably has not only determined Greece’s borders with Turkey but also Europe’s borders with Turkey because Greece’s borders are also EU borders, since according to European law, the EU borders are also the borders of the member states.”
“Turkey,” said Pavlopoulos, “must understand that the Treaty of Lausanne is an integral part of the international law and that it should always be respected and not be undermined.”
Referring to Macedonia, he stressed that it was, it is, and it will remain Greek and sent a message to Skopje, that “anyone who expresses irredentist claims will not join the European Union because they violate European law itself.”
(Source: ANA-MPA)