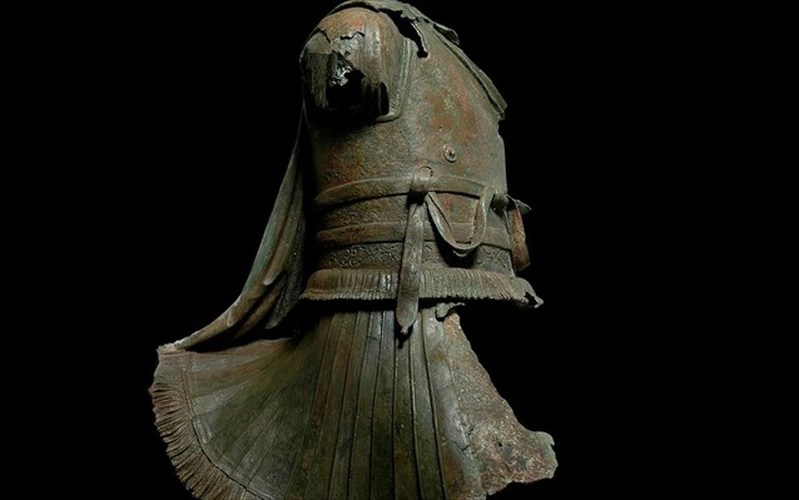 Greece’s Ephorate of Underwater Antiquities on Friday celebrated 40 years of documenting and protecting the country’s rich underwater heritage.
The ephorate presented the latest impressive findings of archaeological research of the 2015-2016 period in a conference at the Acropolis Museum. A video of the submerged ancient city at Epidavros port in Peloponnese.
Angeliki Simosi, head of the ephorate, gave an overview of the numerous projects across Greece in the past two years, which include expeditions in cooperation with foreign institutes at famous shipwrecks and sites, such as the Britannic — Titanic’s sister ship, off Kea island, as well as new discoveries.
The famous Antikythera shipwreck first rediscovered by sponge divers in 1900 yielded new remarkable discoveries in the past two years, including a human skeleton, a golden ring, a bronze spear and fragments of statues during the first expedition held at the site since 1976. Most importantly though, it yielded the Antikythera mechanism, a sort of solar clock.
At Fournoi, near the island of Ikaria archaeologists traced some 45 shipwrecks from antiquity and the Middle Ages, making the archipelago one of the richest sea regions in ancient artefacts in the Mediterranean, Simosi said.
At Lechaion, ancient Corinth’s partially submerged harbor town, ongoing underwater excavations revealed the infrastructure of more than a thousand years of flourishing maritime trade.
One of the ephorate’s most spectacular findings, the bronze statue of a rider found in the sea south of the island of Kalymnos, dated back to the 2nd century BC will be on display at the Acropolis Museum foyer until March 31, 2017.