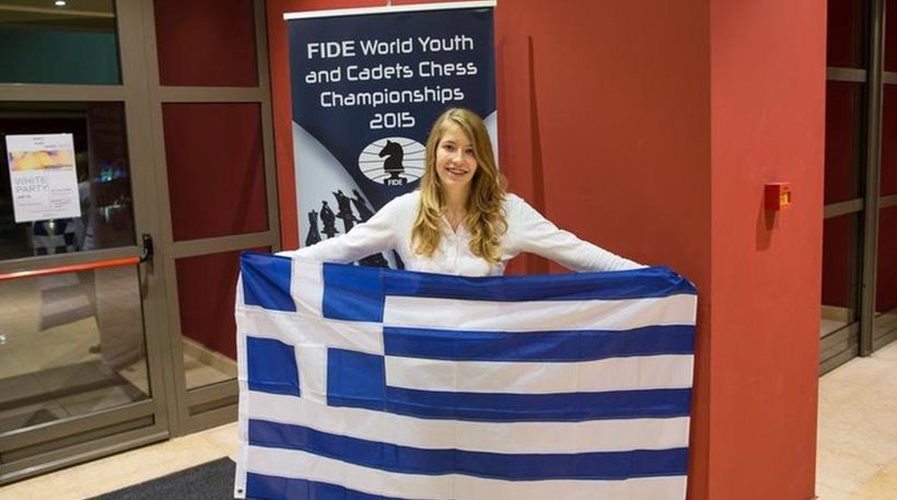 Stavroula Tsolakidou, aged 16, is world chess champion for the second time after winning a gold medal at the World Chess Championships held at Khanty-Mansiysk in Russia. The young girl received 9 points in 11 games and won the youth title, where there were 52 chess players from 37 countries. At the young age of 16, she has already managed to win three consecutive championships.
The young chess player started playing the game of strategy at the tender age of eight. She played with her twelve-year-old sister maria at the time and studied strategies which her father cut out daily from the newspapers.
Vassilis Theodoridis, Vice President of the Chess Federation, told national broadcaster ERT Kavala, that Stavroula Tsolakidou is the reason why chess is taught in 16 of the 23 primary schools at Kavala today.