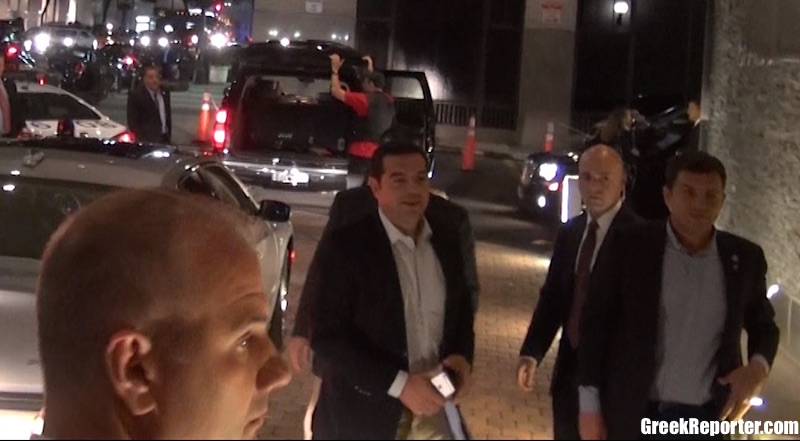 The Greek prime minister will also meet with Turkish President Recep Tayyip Erdogan and UN Secretary General Ban Ki-Moon, on the sidelines of the assembly. There will also be a meeting on immigration held under the aegis of U.S. President Barack Obama.
The Greek prime minister’s speech will be at 12:00 noon today (Monday, Greece time). Then he will attend the UN leaders summit titled “Global compact for responsibility-sharing for refugees; respect for international law”
On Tuesday, there will be a reception for the UN Secretary General for the United Nations in honor of state leaders. Then there will be an event for the first anniversary of the 2030 Agenda for Sustainable Development.
later in the day, the UN leaders will meet to discuss the migrant and refugee issue, under the aegis of President Obama. After the summit, Tsipras will have an unofficial meeting with the Turkish president.
On Thursday, Tsipras will meet with Archbishop of America Demetrios and later with UN Secretary General Ban Ki-Moon. At 7:00 pm will speak at the UN General Assembly.