GRNews
GreekReporter.comHistoryHALC Petitions for Olympic Games to Be Held Permanently in Greece

HALC Petitions for Olympic Games to Be Held Permanently in Greece 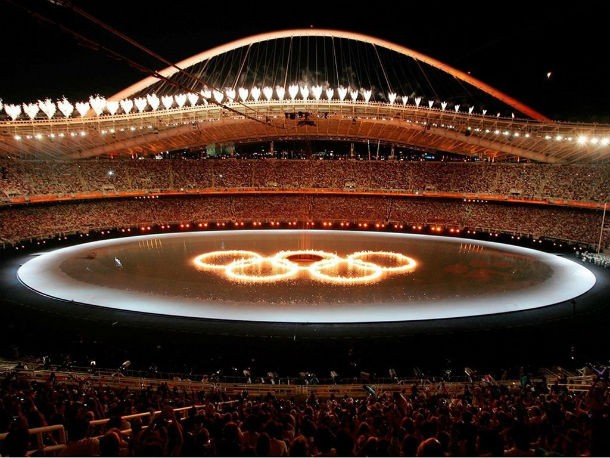 The Hellenic American Leadership Council has petitioned for the Olympic Games to be held permanently in Greece and is collecting signatures to be sent to the International Olympic Committee (IOC).

In a letter sent to the IOC, the three main arguments are that the games should be held in their birthplace, issues of corruption regarding city bidding will be eliminated as well as the costs involved in building the facilities in each city every four years.

In the past there have been similar suggestions for bringing the modern Olympics to the place where they started in 1896. However, the HALC initiative to collect signatures worldwide makes for a stronger case.

It is not Greeks only who argue for the return of the Olympics to their birthplace. Academics around the world have argued that the Games should have a permanent home where they belong.

Recently, International Monetary Fund Managing Director Christine Lagarde said Greece would be an environmentally safe location to host the Olympics every four years and the Games would boost the Greek economy.

Those who wish to sign the petition can do so in the link below:

Below is the letter sent by HALC to the International Olympic Committee:

We urge you to explore making Greece the permanent home of the summer Olympics.

The first modern Olympics were held in Greece in 1896, and since then, Greece has lobbied for the return of the Olympics. It’s not just Greece proposing the idea. There is a groundswell of support for the idea from analysts, columnists and newspapers around the world.

Those speaking out in support of a permanent home for the Olympics point to deficiencies in the host city bidding process, the massive cost to cities to build the infrastructure necessary to host the Olympics, and the fact that many of these projects simply go to waste after the Olympics are over.

Hosting the Games in a permanent location helps to address all of these problems. There are several ideas circulating, from having Greece be part of a series of permanent cities to having different cities host the Olympics in Greece every four years. Whatever the solution, it’s clear that one is needed.

It would be fitting to bring the Games back to their ancient home. We urge you to consider the idea and hope you will find, as we have, that a permanent home for the summer Olympics in Greece is the most practical, rational and hopeful way forward toward strengthening the Olympics for generations to come.”