GRNews
GreekReporter.comGreecePanathinaikos, AEK and PAOK Threaten to Not Participate in Greek Super League

Panathinaikos, AEK and PAOK Threaten to Not Participate in Greek Super League 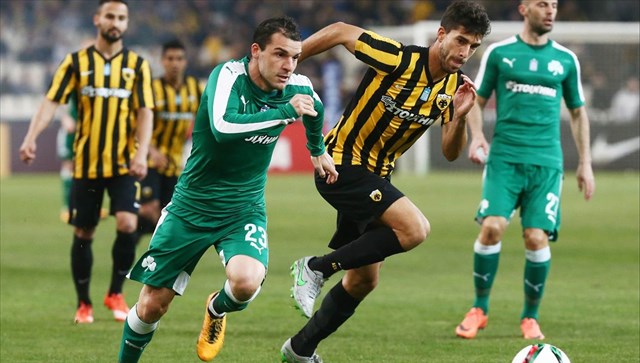 Panathinaikos, AEK and PAOK decided to not participate in the Super League games unless the federation changes the list of referees it appointed arbitrarily.
The three clubs accuse the Hellenic Football Federation (EPO) for machinations regarding arbitration. Specifically, they claim EPO compiled the list of referees for the 2016-2017 without consulting with the Super League board. Also, EPO has appointed Dimitris Kalyvas as head referee without the participation of the Super League.
The three clubs threaten to abstain from the league games that start on Saturday, August 20. They require that the whole arbitration system changes for the better and EPO does not act on its own on important issues. They claim that the current arbitration system is corrupt.
EPO had agreed that a representative of the Super League will be present when the Central Arbitration Committee (KED) compiled the list of referees for the season. The EPO executive board presented the referee lists claiming that the League representative, Dimitris Saraidaris, was present at the KED meeting and agreed with the list.
However, Saraidaris stated officially that he wasn’t present at the KED meeting and wasn’t even informed there was a meeting. After that, Super League president Giorgos Stratos, who was present at the EPO executive board meeting resigned, calling on EPO president Giorgos Gkirtzikis to adhere to what was agreed. Gkirtzikis responded with threats to Saraidaris and accused him of lying.
Deputy Sports Minister turns against EPO as well
It is not only the three teams that threaten to stop the championship because of the EPO machinations. Deputy Sports Minister Stavros Kontonis took it a step further stating that the championship will not start unless the current EPO administration resigns and is replaced by an interim administration.
The reason the deputy has turned against EPO is because several of its members are under investigation for corruption. Since the EPO administration is elected by regional football associations and elections are due in October, Kontonis proposes a temporary solution until then.
The reason the deputy threatens to stop the championship before it even starts are further arbitrary actions by EPO. Specifically, the federation replaced the judges of the Ethics Committee with other judges of their choice. This clandestine act took place without the consultation of Kontonis and during the time the deputy minister was in Rio for the Olympics.
This new machination of the EPO administration forced Kontonis to send letters to FIFA and UEFA warning that unless there is an interim EPO administration until October, he will not allow the Super League championship to start.