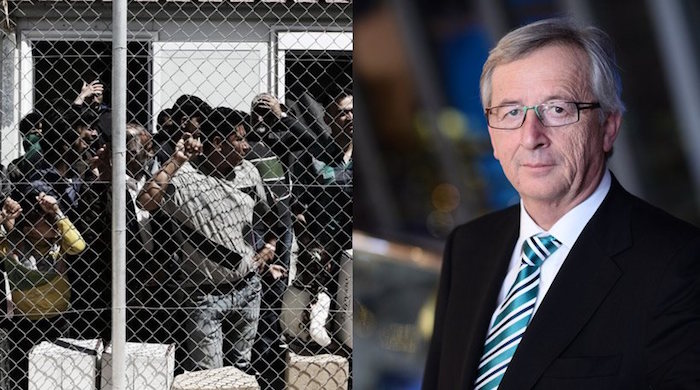 Following the recent failed attempt of a military coup in Turkey, the EU member states have been holding their breath in fear that the recent EU-Turkey migrant deal might falter due to the fragile and unstable political situation on the ground.
It appears that member states are not alone in their weariness in regards to the situation in Turkey.
When news of the military coup first broke out in the late hours of Friday July 15, 2016, local time, Erdogan had targeted mostly military members placing them under arrest or conducting public executions, but in the days that have followed, he has since gone on a mass firing spree and imprisoned anyone who he feels opposes him, including Turkish military members, non-civil servants, teacher and professors, lawyers and judges, members of media outlets and journalists.
In a recent interview of European Commission President Jean-Claude Juncker by the newspaper Austrian Daily Kurier, Juncker expressed concerns that the deal may very well fall apart at any given moment.
“The risk is big. The success so far of the pact is fragile. President Erdogan has already hinted several times that he wants to scrap it…Then we can expect migrants to start coming to Europe again,” Juncker told the newspaper set to be published Saturday.
The news is not welcomed throughout the EU, particularly in Greece, which is the country having to deal with the brunt of the migrant flow into the EU. According to ekathimerini.com, recent government data reveals that there are around 57,182 migrants and asylum-seekers currently in Greece.
A major concern for Juncker and the rest of the EU is that a mere three days after the failed coup, a group of Turkish officials assigned to monitor the migration deal on the Greek side returned home, and have yet to be replaced.
Also, another concern Juncker addressed in the interview is that many EU countries are not living up the EU’s rule of law regarding migration.
Many countries are refusing to accept migrants into resettlement programs, such as Poland’s government, as well as the Hungary Prime Minister Viktor Orban who called migration a “poison” earlier this week saying that his country “does not need a single migrant.”
The governments of both countries are currently ruled by right-winged political parties, who have focused on closing their borders to foreigners and promoting nationalism.
Poland’s government has recently received a three-month deadline to reverse the recent changes it has made to its Constitutional Court regarding not allowing migrants to resettle in the country.
Hungary is also holding a referendum on October 2 regarding the EU quota scheme for migrants.
“In Poland the government’s course of action has damaged the rule of law…I am watching with concern preparations for Hungary’s referendum on migration,” Juncker said.
“The Commission should really — although we’re not that far yet — launch a breach of treaty procedure against Hungary,” he concluded.