GRNews
GreekReporter.comGreeceMajority of Makeshift Migrant Centers in Greece to be Replaced By Facilities... 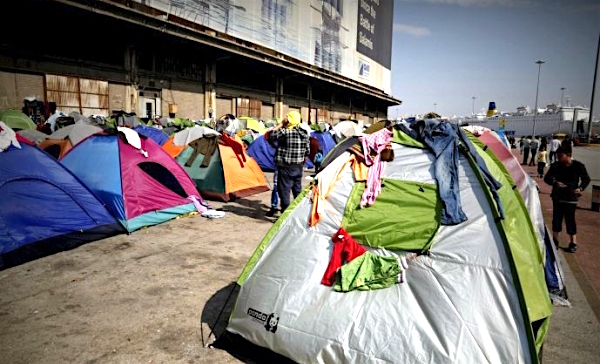 According to government plans, around three-quarters of Greece’s migrant reception centers will be closed by September.
The plan is to allow the 56,000 refugees who have reached Greece’s shores and found themselves unable to travel on to other destinations due to countries closing their borders, to be able to live in better conditions than the current makeshift facilities that are being utilized.
This is the second phase of Greece’s government plan to put refugees in centers that are to be modeled after a center in Elaionas where migrants are being housed in better facilities with electricity and running water, necessities that are not available at the current reception centers.
As the Migration Policy Minister, Yiannis Mouzalas, sets out to oversee this unprecedented project he commented to Kathimerini that it is “an ambitious plan that will be judged when it materializes.”
The ministry officials have already started reviewing the pre-existing facilities to rule out which ones need to be closed and which can be adapted to the new scheme, determined that the camps at Nea Kavala and Herso in northern Greece are to be closed, while ones at Schisto in Attica and Diavata and Lagadikia in Thessaloniki will remain open.
There will be many changes taking place over the next week as the makeshift camp set up at Elliniko, Athens’ old, shut-down airport, which houses some 3,500, is set to close and the migrants living there will be transferred to one of the new reception camps within the next 10 days.
Also, the plan includes moving the 1,000 migrants living in exposed tents at the Port of Piraeus into the newer facilities.
More plans are set to take place as talks between Mouzalas and Giorgos Patoulis, the head of the Central Union of Municipalities will commence over the next few days.