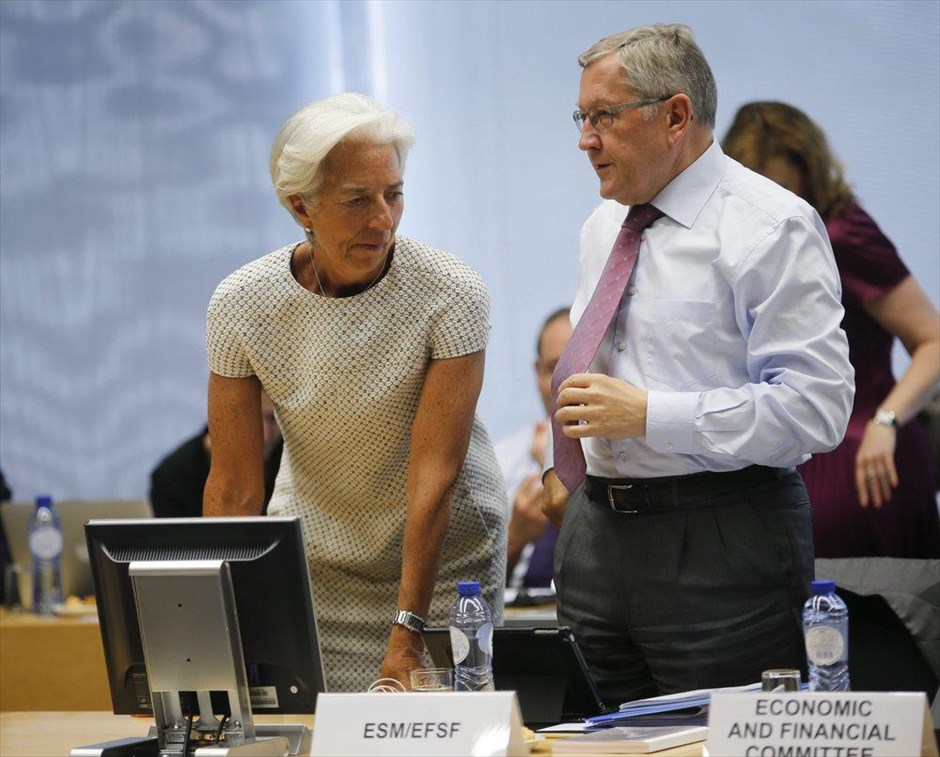 The non-participation of the International Monetary Fund in Greece’s bailout program does not mean the program will fail, said the Fund’s chief Christine Lagarde.
The IMF managing director spoke to AFP on Thursday, saying that there is a possibility the Fund will not participate financially in the Greek program if its positions are not respected.
“A possible non-participation of the Fund does not mean failure of the Greek program,” Lagarde told the French news agency. She also said that the IMF has been a “convenient scapegoat in Greece,” adding that “the Fund will participate in the Greek program if there are conditions for growth, necessary reforms are adopted and, of course, as long as the debt proves to be viable.”
However, the head of the European Stability Mechanism (ESM), Klaus Regling, made it clear on Thursday that the euro zone is not intended to satisfy IMF demands for significant and immediate debt relief measures for Greece.
The president of Greece’s main lender spoke to Les Echos newspaper saying, “The IMF wants to have a decision sooner. But the European institutions and European finance ministers did not agree with it.”
“Today we pay 90% of the money, the IMF only 10%. We give a lot more money (to Greece) than the IMF and with much lower interest rates,” Regling added.