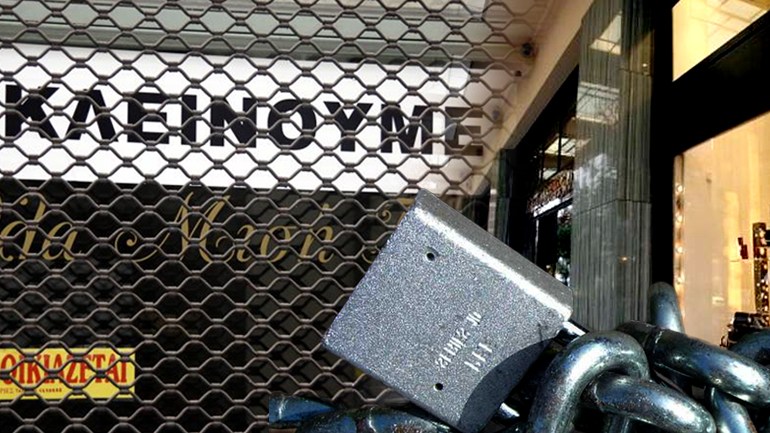 Marinopoulos super market chain, which filed for protection from creditors on Tuesday, is the latest of the hundreds of thousands of businesses that shut down in crisis-stricken Greece.
According to European Commission figures, at the end of 2015 there were 244,712 less registered businesses than in 2008, at the onset of the economic crisis. The number is the balance of businesses closed and new ones opening.
Specifically, at the end of 2008 there were 858,685 businesses of all sizes registered. At the end of 2015, the number has fallen to 613,973. The closing of businesses has cost a total of 842,670 jobs and 30.31 billion euros in products.
Yet, the downward slide is accelerating in 2016. The 45-store electronics chain Ilektroniki Athinon, Pyrsos Security, elastics factory Contitech IMAS, a factory of Softex paper company, Larissa super market chain and hundreds of more businesses, big and small, shut down this year, even before the implementation of new tax hikes on businesses.
The EC figures show that in 2015, 16,000 businesses shut down and 45,000 people lost their jobs. At the same time it is not certain that the new businesses that started operating in 2015 will last after the new tax laws that went into effect on June 1, 2016 call for businesses to pay taxes in advance while taxes and VAT have increased, analysts say. Dozens of companies have also started procedures to move to neighboring Bulgaria where taxation is substantially lower.
At the same time, the purchasing power of consumers is expected to drop after the new taxes, higher security fund contributions and pension cuts, thereby much less money will be spent in the general economy, analysts add.