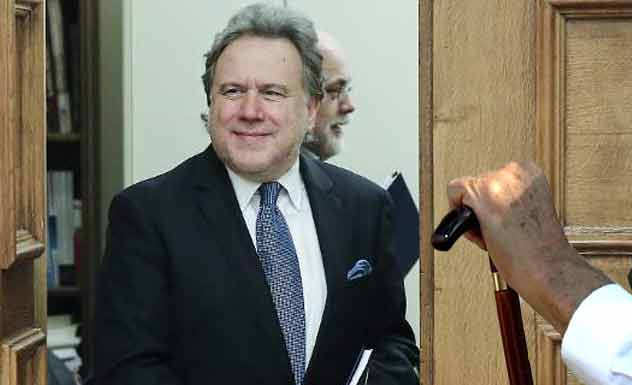 The European Court of Justice has just deemed incompatible with European Union legislation a Greek law that forces companies to seek labor ministry approval before they proceed with mass layoffs.
Greece’s creditors have asked Athens to repeal the labor minister veto over mass firings. The issue will be discussed in the fall, when negotiations on the second bailout program review will commence. So far, Greek Labor Minister Giorgos Katrougalos promises that the law on mass layoffs will remain as it is.
According to a Kathimerini report, it is likely that the European Court of Justice will adopt the advocate general’s opinion, which came after an appeal by French firm Lafarge that was planning to shut down and lay off 236 employees at a cement plant in Chalkida, Evia in 2013.
The facility was operated by AGET Heracles, a Lafarge subsidiary, and asked permission to fire the employees and close down. However, the labor minister refused the permission to lay off the workers, basing his decision on the 1983 law.
The company appealed to the Council of State, Greece’s highest administrative court. The Greek judges asked the EU court to decide if the legislation in question clashed with the provisions in the Treaty on the Functioning of the European Union (TFEU) on the free movement of capital and the freedom of establishment.
The EU court advocate general suggested that allowing a minister to overrule a company’s decision to make mass dismissals is not compatible with EU legislation, even if the country in question is going through an economic crisis.