GRNews
GreekReporter.comAustralia'Women in Parliament' by Aristophanes at the Hellenic Art Theatre

‘Women in Parliament’ by Aristophanes at the Hellenic Art Theatre 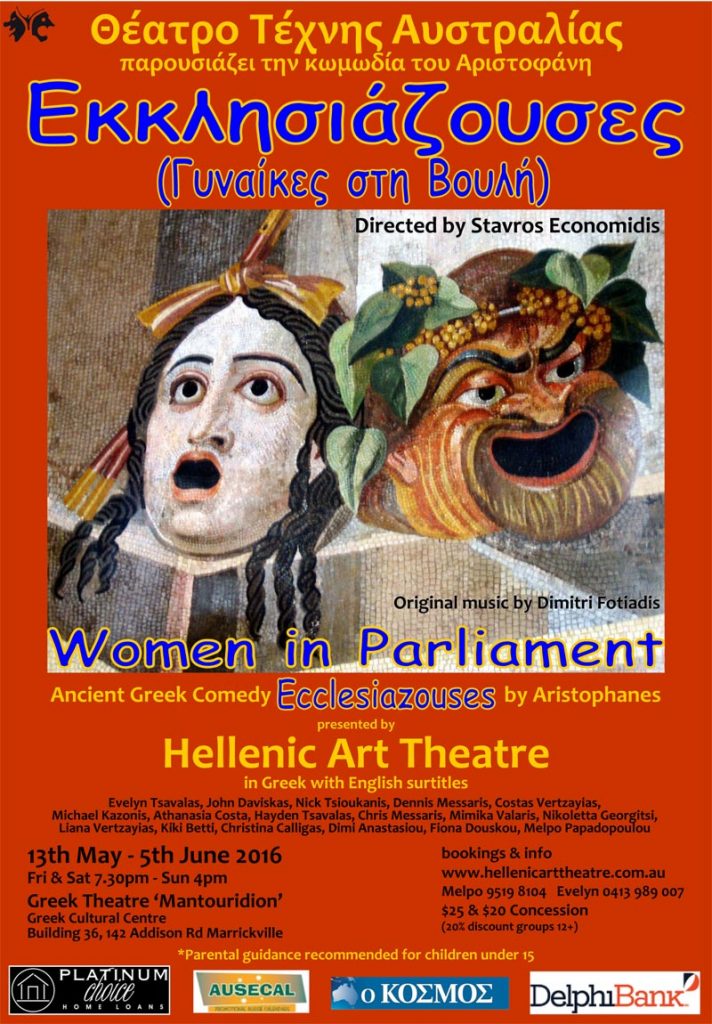 The Hellenic Art Theatre, is proudly presenting Aristophanes’ play “Ecclesiazouses” (Women in Parliament) from May 13 until June 5, at the Greek Theater “Mantouridion” at the Greek Cultural Centre.

Written in 390BC by Aristophanes, “Ecclesiazouses” is an ancient Athenian comedy, after Sparta’s defeat in the Peloponnese War and Socrates death by execution nine years later.

Women in Parliament is an ancient Athenian comedy written in 391BC, well after the Peloponnese War ended in defeat to Sparta and the execution of Socrates nine years later. The plot concerns a group of women, led by Praxagora, who have decided that the women must convince the Athenian men to pass the control of Athens to them, as they could rule it better than the men. Disguised as men, the women went into the assembly and voted for the measure.

The play is being presented in Greek with English subtitles.