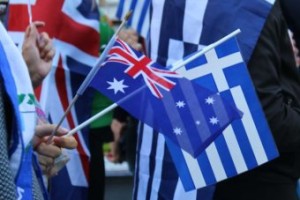 There is an estimated 600,000 to 700,000 Greek-Australians living in Australia according to government statistics, and with no end in sight for the financial crisis gripping Greeks living in Greece, it is said that 10,000-15,000 Greeks have moved or returned to Australia since the peak of the crisis in 2013. This number is expected to continue rising, as Professor of Modern Greek at Sydney University, Vrasidas Kraals, says, “There are many people who were born in Australia and their parents were repatriated to Greece in the late 80s and early 90s and now they’re coming back.”

With the financial crisis in Greece crippling the nation, many Greek-Australians have been exploring options for supporting their Greek relatives to emigrate to Australia, but it is an expensive process, and with Greek families being typically large, it isn’t a viable option. With all of the emotional turmoil in Greece as unemployment is on the rise, people who are employed not being paid their salaries for months on end and pensions being cut, many Greek-Australians have decided to take matters into their own hands by helping out their relatives living in Greece in unconventional ways, one of which is buying groceries online.

Bill Papastergiadis, president of the Greek community in Melbourne explains that “Greece operates quite efficiently and effectively so it’s capable of being utilized in a way people are currently doing, which is online.” The process is being used by an increasing amount of Greek-Australians wanting to help out their families and friends in Greece however they can. “People have been utilizing some of the supermarket chains which offer free delivery to customers. Pay for it in Australia and they deliver it in Greece,” says Papastergiadis.

It may seem like something so small to those living outside of Greece, but with capital controls still imposed on withdrawing funds as well as living under intense austerity measures, many families in Greece simply do not have enough money to buy food. To put it into perspective, it is estimated that over 300,000 households in Athens are living without electricity because they cannot afford it, while one in five families go hungry. In fact, the Prolepsis Institute of Preventive Medicine and Occupational Health says in 2015, 54 percent of Greeks were not adequately fed. This sad fact only clarifies how the “gift of groceries” from relatives in Australia is priceless for those living in Greece.