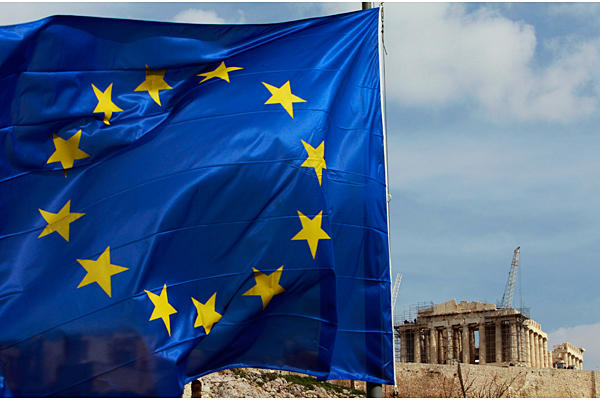 Greece and its European creditors have agreed on a basic package of measures worth 5.4 billion euros, confirmed a European official from Brussels on Friday.
Greek news site real.gr reports that the official points to an ambitious package of 17 prior actions, however the same official said that they have not reached a final agreement on the details of an automatic fiscal correction mechanism, that will come over the weekend. The next review, says the official, will close in October.
Prior actions include:
* Fiscal measures to cover 3% of the GDP.
* Legislation for an independent authority to collect revenue.
* Law for non-performing loans (NPL).
* Improving the competitiveness (open markets etc.)
* Privatization fund.
European institutions are now waiting for the Greek authorities to provide clarifications relating to the credibility of the correction mechanism to be passed into law next week.
The loan tranche is to be disbursed once the agreement is clinched said the same official, something to be decided at the Eurogroup on May 24. This will be at around 10 billion euros to cover the state’s overdue debts.