GRNews
GreekReporter.comGreeceNearly 1,700 Returned to Their Native Countries from Greece in April

Nearly 1,700 Returned to Their Native Countries from Greece in April 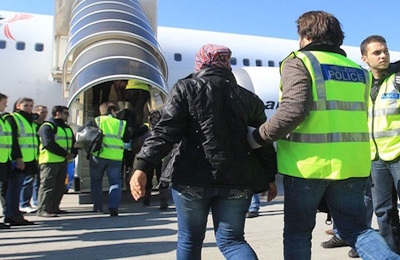 A total of 1,694 third-country nationals were deported or returned to their native countries from across Greece in April, under operational planning to combat irregular migration, Greek Police announced on Thursday.
These were based either on return and deportation orders for illegal entry into Greece, the voluntary repatriation programs operated by the International Organization for Migration, or the forced returns and voluntary departures overseen by Greek Police services.
The greatest number of returns were to Albania (852), followed by Pakistan (157), Morocco (107), Iran (61), Georgia (51), Afghanistan (45) and Bangladesh (29). A total of 6,427 third-country nationals have been returned to their country of origin since the beginning of the year, Greek Police said.
(source: ana-mpa)